It has been over eight decades since Mercedes-Benz built the first ever car equipped with special protection equipment. Back then, it was the Grand Mercedes-Benz 770, personally selected by the emperor of Japan as his official car. Now have they gone a long way, building the exclusive Mercedes-Maybach S 600 Guard.

The special-protection version of the 5,453 cm long Mercedes-Maybach is the first vehicle to be certified with the highest ballistic protection level VR10 for civilian vehicles. But bulletproof cars have started way back.

The Grand Mercedes-Benz 770, manufactured in 1932, was the first car ever with special protection equipment. The Japanese emperor Hirohito personally selected this armoured vehicle as his official limousine, back in 1935. With a 150 HP (110 kW) output and a 7,655 cc displacement, the Grand Mercedes-Benz 770 could reach a top speed of 93 mph (150 km/h).

Many heads of states and politicians followed the emperor and entrusted their safety to Mercedes-Benz special protection vehicles. 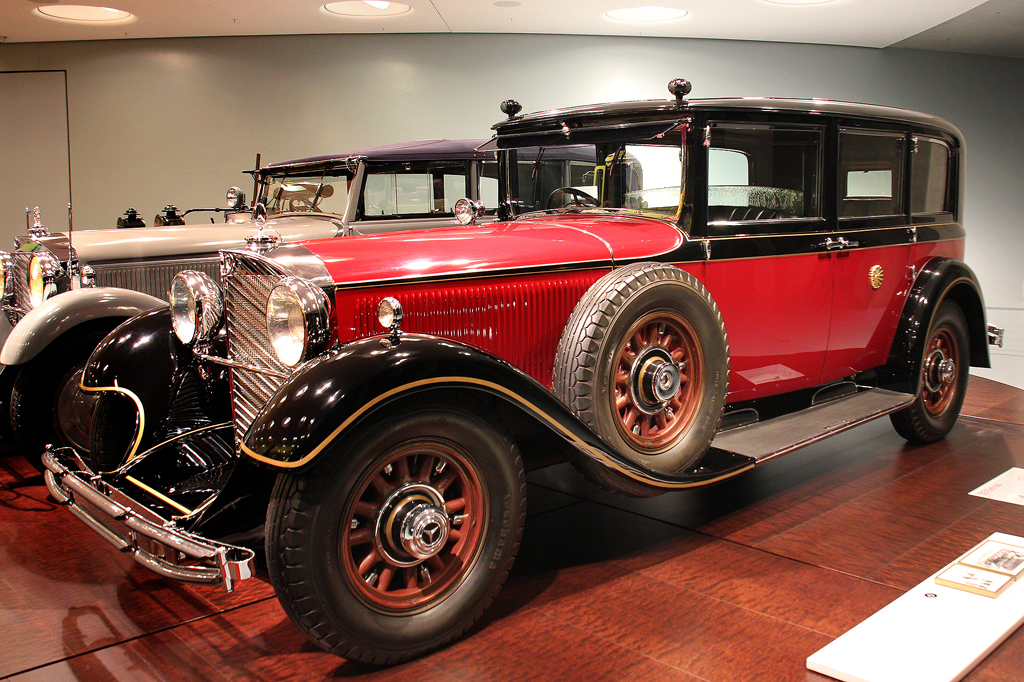 And then, there was the Mercedes-Benz 600 Pullman, the pinnacle of luxury, comfort and most of all, protection, in the late 60s. Apart from the solid and yet exquisite design, the limo’s highlight was its hydraulic system, controlling almost everything, from the reclining seats to the sliding windows that had the power to chop off fingers, even heads if the switchers are pressed hard. The Pullman was powered by a V8 engine with a 6,332 cc displacement, developing 250 HP (184 kW). The Pullman could reach a top speed of 75 mph (120 km/h).

Half a century later, the Mercedes-Benz S600 Pullman was introduced in Geneva in 2015. The 6,499 cm long limousine comes with the run-flat tire system, especially built for armored cars. With an interior plushed in the finest leather and individually reclining seats, the Mercedes-Benz S600 Pullman features the exact same twin-turbocharged 6.0-liter V12 as its shorter Maybach counterpart.

One year later, there came the Mercedes-Maybach S 600 Guard, officially certified by the Ballistics Authority in Ulm. For the very first time, a car meets the requirements for the VR10 protecting level, accordind to Directive BRV 2009 Version 2 (Bullet Resistant Vehicles), but it also features an ERV 2010 rating (Explosive Resistant Vehicles). The body and the windows are able to withstand hardened steel core bullets fired from an assault rifle. The Guard principle is the sophisticated integration of all protective elements, based on decades of experience.

Read everything there is to know about the amazing S600 Guard right here: Armored hero. Mercedes-Maybach S 600 Guard in handling test.