Rough times are coming in the car industry and the premium segment seems to be affected most by the coronavirus pandemic. Daimler CEO Ola Kallenius warns executives to prepare for salary cuts.

Mercedes-Benz, as much as any other car maker, is facing a financial crisis following the coronavirus pandemic. The moments of torment in full economic fallout will force companies to major salary cutbacks. It is the warning that Ola Kallenius uttered, during a webcast hosted by Daimler’s main labour union, IG Metall.

The Chief Executive Officer anticipates the necessity of restructuring the business, in order to reduce losses and to safeguard the company’s finances. The “significantly harsher reality will require drastic salary cuts”, the Swedish claims. He points to the Daimler executives as being targets for the reductions more likely than the workers, Autonews Europe reports. 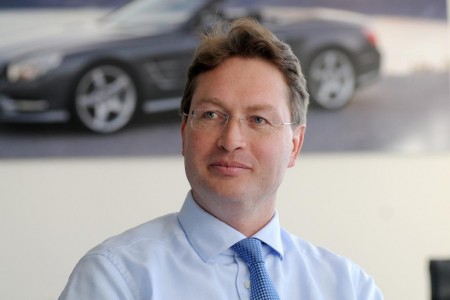 The premium car maker’s boss said back in March that Daimler would not need any additional funds via state aid. The approach changed though a month later. The 51-year old Daimler CEO then claimed that the previously planned measures might not be enough to counter the fallout. Daimler expects a major second-quarter sales drops, while the market is just fighting to get back on its feet following the restrictions worldwide.

Mercedes-Benz has already announced the split from BMW, after the two companies had planned to develop next generation autonomous driving technologies together. The systems were to be implemented in the passenger cars starting 2024. Following the split, Mercedes teamed up with NVIDIA.

The coronavirus outbreak temporarily suspended production and closed down factories around the world, forcing a massive market contraction.

Daimler had already set out a plan for cutting approximately 10,000 jobs in November 2019 in order to slash 1.4 billion Euros for the personnel expenses by 2022. The new plan though targets the axing of 10,000 jobs more, Automobilwoche magazine reports, citing unidentified sources from the company. Daimler CEO Ola Kallenius slams the report as pure speculation.