Two massive explosions in the port of Tianjin, in northern China, have killed 139 people and injured other 700. Ten days after the blast, it emerged that several exclusive Brabus-tuned Mercedes S-Class vehicles were destroyed in the industrial area of Tianjin, a city with a population of around 15 million residents.

It is yet unclear how many of them were burned to the ground, since the cars are now barely recognizable after the fire in the world’s second busiest port. The identity of the cars is only given away by the golden Brabus wheels and the gold brake calipers. 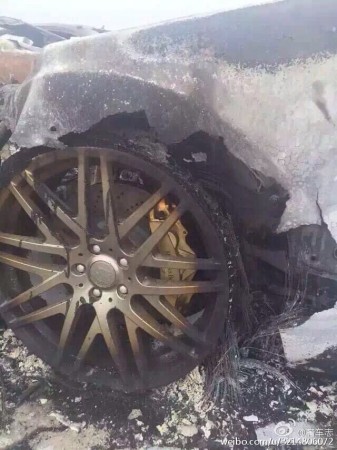 The Chinese authorities have arrested 12 suspects, but they can’t tell what triggered the blasts at the port that contained hazardous and flammable chemicals and are still investigating. The China Earthquake Networks Centre said the explosion number one, had a power equivalent to three tons of TNT detonating, while the second was the equivalent of 21 tons. 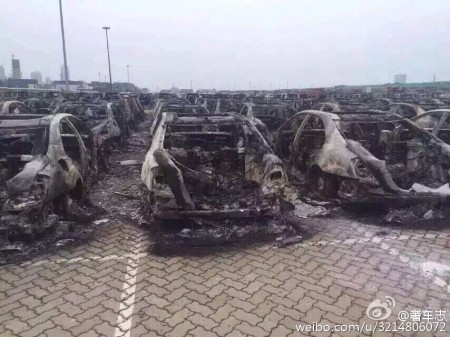 It is believed that the Brabus-tuned Mercedes cars were about to be shipped to Europe. But compared to the numbers of cars lost by other manufacturers that had showrooms in the area, Brabus escaped fairly lightly from the devastating explositions. Apparently, Jaguar Land Rover experienced the largest losses with approximately 5800 vehicles being damaged or completely destroyed in the disaster.