The Brabus tuning house has prepared a series of improvements for the Mercedes-AMG A 35 hot hatch. The most accessible Brabus tuned Mercedes-AMG model in history will be revealed at the Frankfurt Motor Show, an event that opens its doors next month.

Brabus has released the first pictures and details on the performance packages prepared for the Mercedes-AMG A 35. The most generous of these proposes 365 hp and 486 Nm. The German tuner also proposes small improvements in the aesthetics department: a new front splitter, a slightly more generous rear wing and 19-inch Monoblock T rims “shod” with Pirelli P Zero tires.

As standard, the Mercedes-AMG A35 is equipped with the turbo 2.0-liter 306 hp and 400 Nm engine. Brabus proposes two performance packages for the Stuttgart builder’s hot hatch.

The first is called the PowerXtra B35 and offers an additional 44 horsepower and 60 Nm compared to the standard version. The second package developed by the German tuner is called PowerXtra + B35 S and increases the power of the 2.0-liter engine to 365 horsepower. The maximum torque developed is also more generous with 86 Nm.

Brabus notes that the Mercedes-AMG A 35 equipped with the second performance package can accelerate from 0 to 100 km / h in 4.4 seconds, 0.3 seconds faster compared to the standard version. The maximum speed is limited to 250 km / h. For an even more interesting experience, Brabus mentions that has also prepared a new exhaust system. 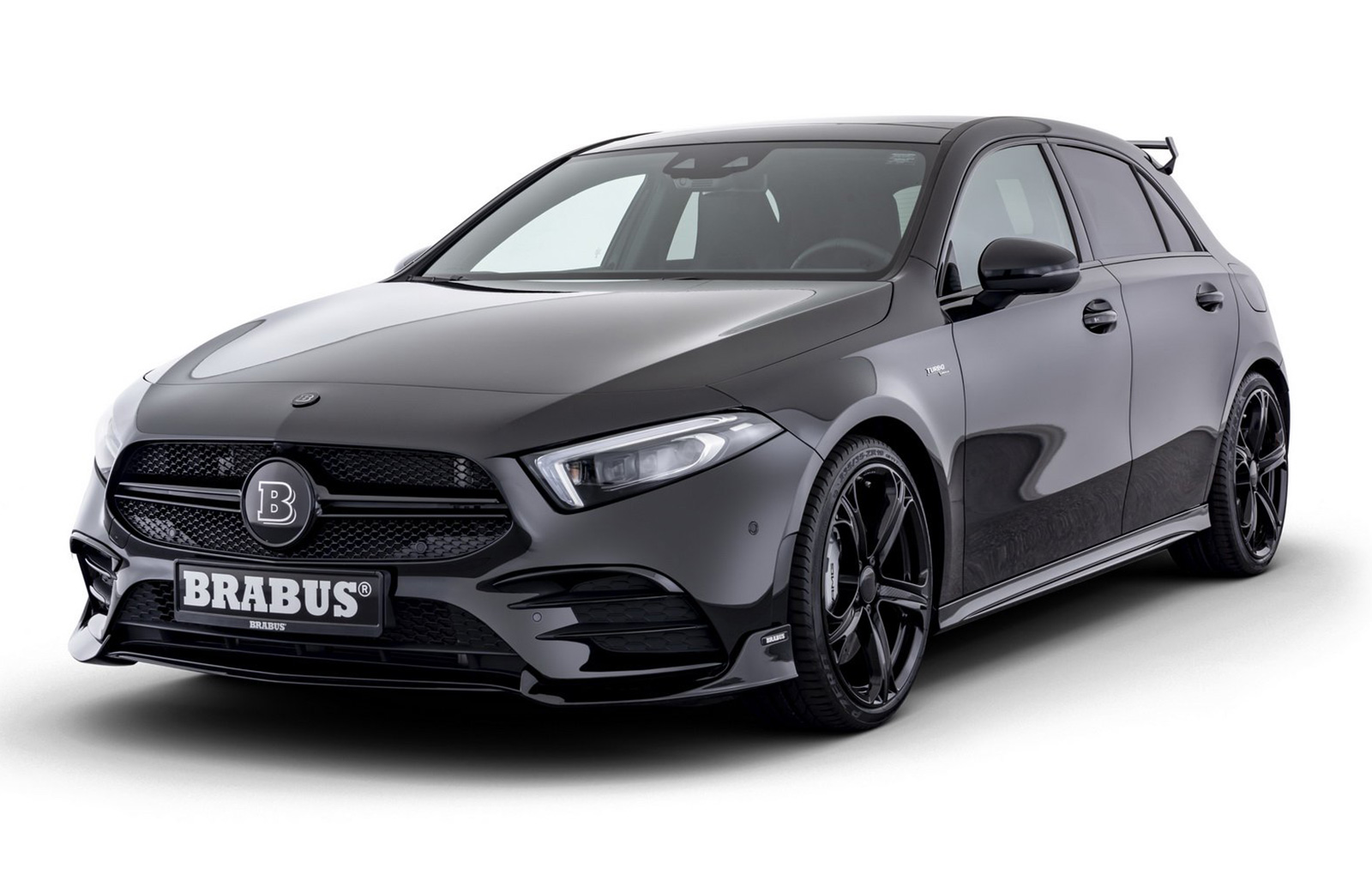