Less than a day after Carlsson announced the first-ever tuned third-gen smart ForTwo, Brabus strikes back with its own modified version of the city car.

Heading to the Geneva motor show next week, smart Brabus ForTwo gets a subtle make-over compared to the standard model. Design-wise, the German tuning specialist has chosen to up the ante with bigger alloys and side-skirts, a new rear apron with integrated diffuser and twin tail pipes. 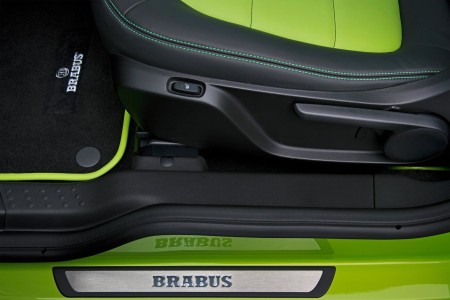 Inside, the smallest Brabus is instantly recognizable thanks to the personalized ‘Brabus’ door sill plates and leather seats with green stitching.

Brabus remains mum about the technical specifications of its new creation, though the new tuned smart Brabus ForTwo is expected to offer at least 100 HP in production-guise. 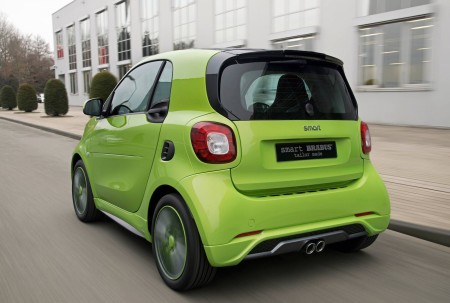 It is also not clear if the car Brabus will unveil next week is a thinly-disguised prototype or the final, production-spec model.