BMW launches a second generation of the BMW X6 at Paris Motor Show, but it won’t be the only one on the market any more. Starting 2015, the X6 will have a very powerful rival in the next MLC. Based on the the ML, the coupé SUV will be manufactured in the USA.

Three years ago, the Board of Management of Daimler AG gave green light to the coupé SUV (code name C166) based on the ML. The concept was presented at Beijing Auto Show in April 2014 and the series production will start in 2015 at Tuscaloosa plant, in Alabama, where the ML and the GL models are currently being built.

Meanwhile, Mercedes-Benz will change models’ denomination, thus the ML will be named GLE and the expected MLC will use the designation of GLE Coupé, in order to suggest the affiliation to the E-Class family.

10 years ago, Mercedes-Benz invented the four-door coupé niche. The designer Robert Lesnik says that “Mercedes-Benz invented the four-door coupés and MLC takes this concept forward into another segment. Thus, the Daimler Chairman of the Board of Management of Daimler AG, Dieter Zetsche, believes that “the combination between an SUV and a coupé shows great potential”.  Like the CLS Shooting Brake, the MLC will have doors with frameless side windows. 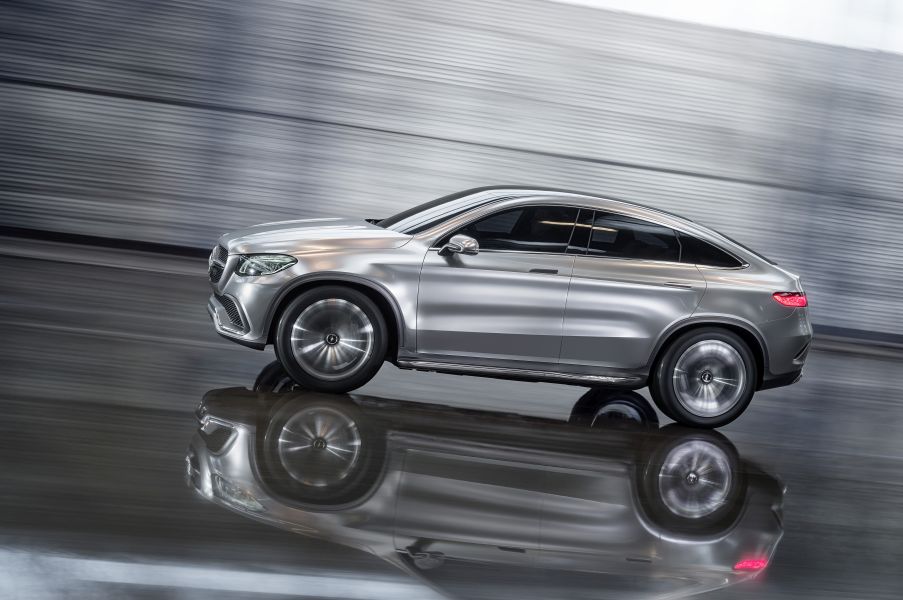 The concept that was exhibited in Beijing measures 4935 mm length, 2044 mm width, 1739 mm in height, while the wheelbase measures 2916 mm. By comparison, the new BMW X6 2015 is 26 mm shorter, 55 mm narrower and 37 mm lower. From what we have learnt, the Coupé SUV concept highly resembles the future series model, but perhaps, the final width will be slightly smaller, and the wheels won’t benefit from the same 22 inches as the concept.

Regarding the engine, the concept was presented with the new bi-turbo V6 engine, that develops 333 HP, already available for the European and American markets. The engine line-up will also include the 500 version with a 4.7 litres V8 bi-turbo and around 435 HP, that will compete directly against the X6’s xDrive 50i, that produces 450 HP from the 4.4 litres V8 biturbo engine and the 350 BlueTec’s equipped with an excellent 3 litre diesel and 258 HP, as a response to the X6’s xDrive 30d. A 63 AMG version will benefit from the V8 bi-turbo engine, which develops over 500 HP. BMW hasn’t announced the future X6 M yet, but when the sales will start, the 3 litres tri-turbo diesel engine, with 381 HP will be available.

With the Active Curve System (ACS), Mercedes now has  a rival for the Dynamic Drive from BMW

With a lower barycenter, the MLC will be sportier and more agile than the ML. Additionally, the Active Curve System (ACS) will also be available, an option that significantly reduces the rolling in bends. This system is similar to the Dynamic Drive from the BMW X6. You will also find the adaptive suspension with Comfort, Slippery, Sport and Sport plus settings and optionally or standard, depending on the version, the Airmatic pneumatic suspension. Unlike the X6, Mercedes-Benz offers air suspension on all wheels, while the X6 provides it only in the rear axle. In the comparative test with the ML versus the X5, the ML proved to be the most comfortable one, especially on the tarmac and bumpy roads, with superior capacities on rough terrain due to the off-road package. 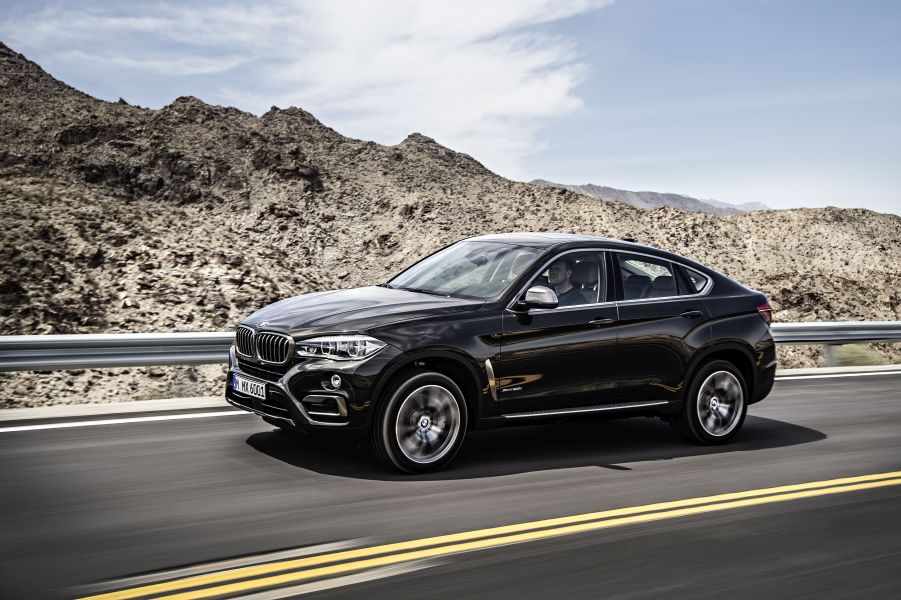 From Mercedes-Benz sources, the Coupe SUV won’t be as radical as the X6, meaning that it will be more practical. The roof line won’t be as lowered, with more generous head room in the rear. Also, the access in the rear seats will be improved thanks to the  wider rear doors. There are rumours about a 4-individual seats version and a central console that extends in the rear.

Furthermore, another Mercedes-Benz advantage is the Plug-in Hybrid version MLC 500 Plug-In Hybrid. Electrifying the range is one of Mercedes-Benz priorities and the Coupé SUV will benefit from the new hybrid drive system launched in the S 500 Plug-in Hybrid, perfectly adaptable for all-wheel drive, and which will be offered also for the ML facelift. Regarding this chapter, BMW stays behind, while Mercedes-Benz and Porsche (with the Cayenne and the Panamera) introduced the production the Plug-in Hybrid system in the series, with clear benefits due to the real electric autonomy up to 33 km.

The Mercedes-Benz MLC will be launched in 2015 in Detroit  and it is expected to be more expensive that the ML, but with a more generous standard trim.