This spring, BMW is introducing the first Plug-In Hybrid for a production model, other than the i range. The BMW X5 xDrive 40e has an autonomy of up to 31 km with a fuel consumption of only 3.3 l/100 km.

In order to reach the emission regulations imposed by the European Union, BMW has chosen, just like Mercedes-Benz, the Plug-In Hybrid solution, which will be featured on the BMW X5, 3 Series facelift and the new 7 Series starting this autumn.

The propulsion system can be used in many ways. When starting the engine, the AUTO eDrive mode automatically connects, practically meaning a combined functioning of both the electric engine and the heat engine. The propulsion will be fully electric as long as you don’t accelerate too roughly or you don’t exceed the speed limit of 70 km/h. When speeding up more than 70 km/h, the heat engine substitutes the electric engine. There is also a fully electric mode called MAX eDrive, where the propulsion is exclusively electric, the 9 kWh battery ensuring an autonomy of up to 31 km and a maximum speed of 120 km/h in the electric mode. 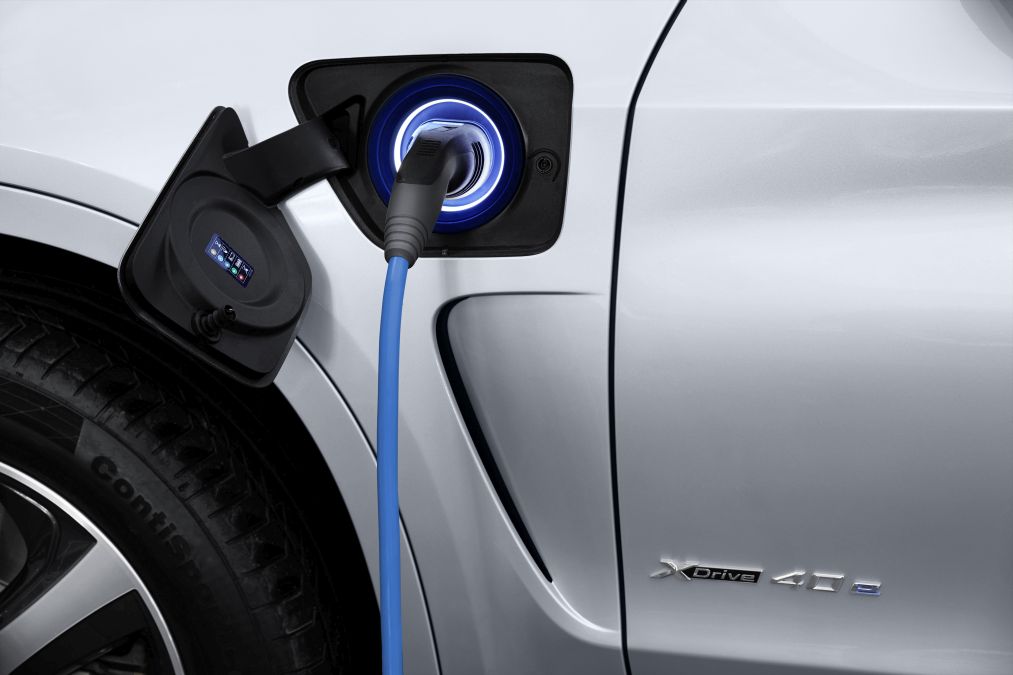 In the SAVE Battery mode, the battery’s energy is being preserved for further use somewhere along the journey.

Regardless of the propulsion mode, the 4WD is permanent and the X5 xDrive 40e features as standard the adaptive drivetrain with Comfort, Sport and Eco Pro modes. The Eco Pro mode optimizes the air conditioning functioning and activates the coasting function,

Due to mounting the battery in the boot, you can’t order the third row of seats in the X5 xDrive 40e, and the boot’s volume is somehow smaller compared to standard versions: between 500 and 1,720 litres compared to 650-1,870 litres for the conventional versions. The kerbweight of 2,230 kg is 160 kg heavier than the diesel version of the X5 xDrive 30d and the culprit for this is, of course, the battery. 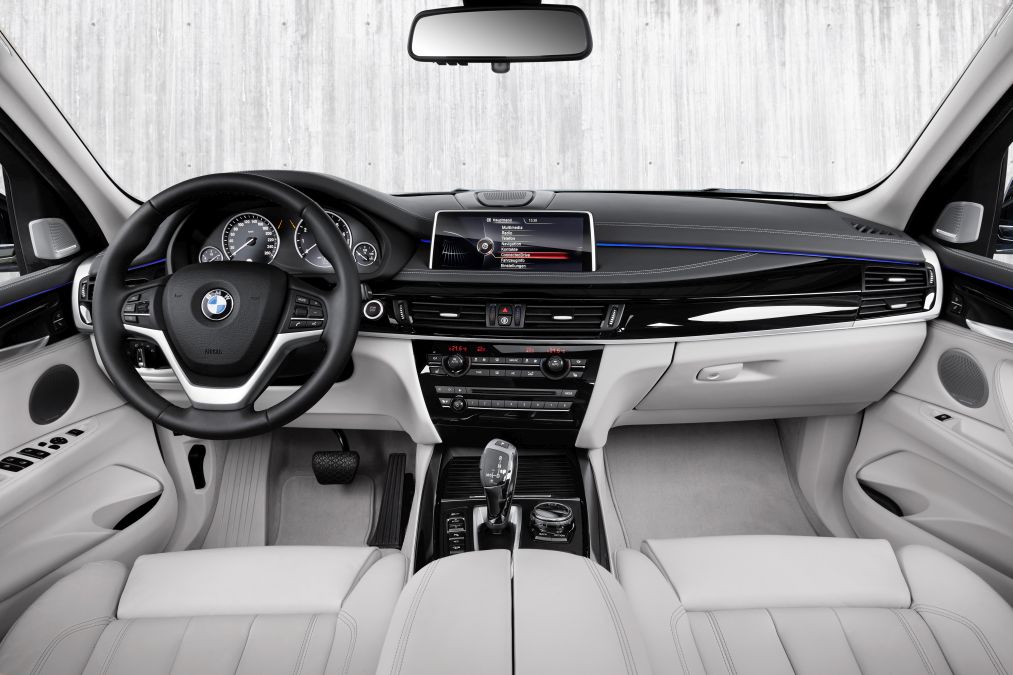 The 9 kWh battery can be charged from a usual socket and it will take 3 hours and 50 minutes for a complete charge. With BMW Wallbox Pure, the charging time will be reduced to 2 hours and 45 minutes. A BMW i Wallbox Pro charging station will feature additional facilities such as a 7 inch touchscreen display that shows battery’s charging process or how much energy was suplied.

The X5 xDrive 40e will be manufactured at the Spartanburg BMW plant from South Carolina, on the same production line as the standard models. Some additional stations have been added in the production process for the incorporation of specific hybrids’ components.