BMW has made a fortune with its X6, the first-ever SUV coupe. The success story is bound to trickle down the range with the addition of the smaller BMW X2, based on the all-new front-wheel drive X1.

The X6 was already a smash hit when the BMW X4 came to the market and reached similar popularity levels. Now, BMW is set to expand its SUV coupe line-up even further. In 2017, the rumored X2 will finally see the daylight, joining the X1 at the base of BMW’s SAVs range.

As expected, the X2 uses the UKL modular platform that is already underpinning the BMW X1 as well as the 2-Series Active Tourer and 7-seat 2-Series Gran Tourer MPVs. As a five-door coupe derivative of the recently launched new-generation BMW X1, the upcoming X2 will also enjoy the wide-range of three- and four-cylinder diesel and petrol engines, based on the “unique” modular 500cc cylinder philosophy. 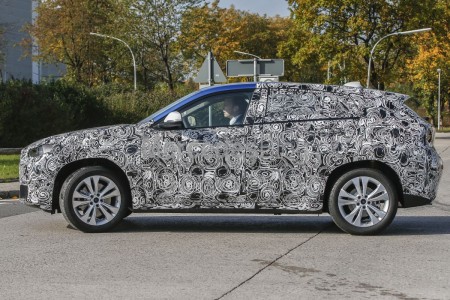 The power span will range between 136 and 231 hp with the 1,5-liter three-cylinder turbo familiar from the Mini family taking center stage. In addition to the base front-wheel drive BMW X2, the Bavarian SUV coupe will also be offered with the popular xDrive all-wheel drive system. A more potent M version will also join the range further down the model’s life cycle.

If all info about the X2 have been qualified as pure speculation until now, the debate is finally over as our spy photographers have finally caught the all-new BMW X2 testing public roads. First-ever spy pics show an overtly aggressive stance and a familiar profile, not entirely dissimilar to that of the bigger X4 and X6 best-sellers. BMW’s all-new X2 is squarely targeted at the current GLA seen as a cross between the classic compact crossovers people all over the world love and buy in spades and a more appealing coupe. 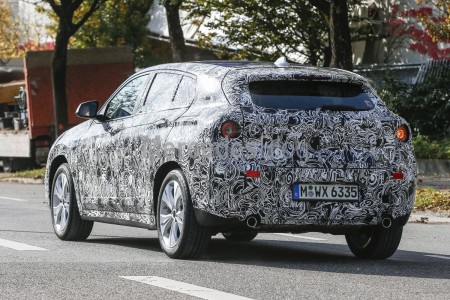 Public debut is set to take place sometimes late next year with the first concept showing the X2’s lines expected to bow in Geneva, next March.