BMW outsmarts the B-Class and expands its MPV line-up with a 7-seater Gran Tourer version of the 2 Series, the bigger brother of the controversial Active Tourer.

After breaking into unchartered territory with the first front-wheel driven, 3-cylinder powered, MPV-shaped model in its history, BMW continues to innovate and launches the first premium seven-seater in the market.

Underpinning the new BMW 2 Series Gran Tourer is the front-wheel-drive UKL1 platform, shared with the smaller Active Tourer, the current MINI Hatch and an entire line-up of upcoming FWD-models from both brands, including a small sedan. The interior and at least two thirds of the body panels are also shared with the Active Tourer. 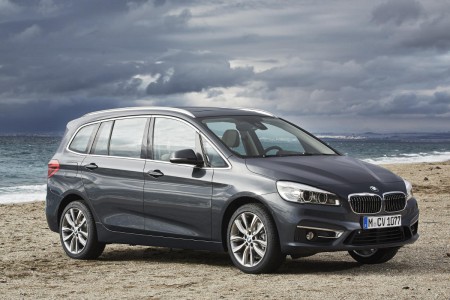 As expected, the addition of a third row of seats immediately mirrors in the car’s strikingly different proportions. Measuring 4,556 mm in length, the new BMW 2 Series Gran Tourer is 214 mm longer than its 5-seater sibling. The two models share the same width at 1,800 mm, while the wheel-base is longer at 2.780 mm and the height rose 53 mm to 1,608 mm, an obvious measure needed for clearing extra headroom in the third row. 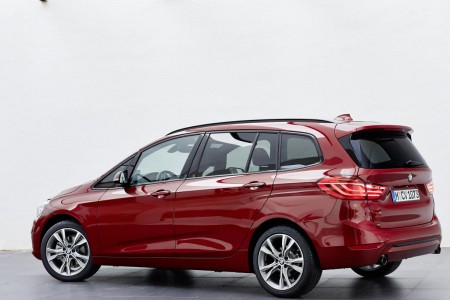 The second-row seats have been raised by 3mm, sliding and tilting forwards and backwards by up to 130mm for easier access into the rear-most individual seats. The boot can accommodate 560 litres with the third row in place and 645 litres without. Total space can be expanded to 1,905 litres once the second and third row fold into the floor at the press of a button in the boot. 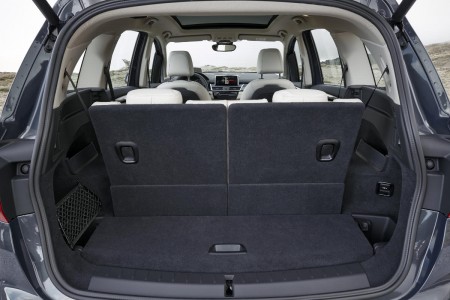 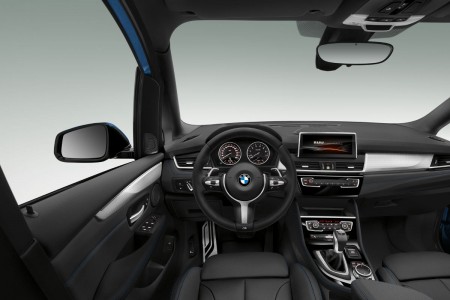 It won’t take long before Mercedes-Benz will, predictably, fight back with a compact seven-seater of its own. In contrast with BMW’s decision to go the classic MPV route, Mercedes-Benz is reportedly preparing a bigger, more spacious brother for the GLA crossover. Called the GLB, it uses the same MFA2 platform which underpinning the A-Class and B-Class model families, inheriting their engine line-up and amenities.

The BMW 2 series Gran Tourer will be publicly unveiled on the 3rd of March, the first press day of the Geneva Motor Show. Deliveries will start this Summer, with official pricing expected to be released closer to the commercial debut.