Whenever a business magazine of Bloomberg’s caliber says you should buy a particular car, taking notes is mandatory. And since the subject of their column is none other than the legendary 1970s Mercedes W123 wagon or T-Modell we tend to believe them.

The wagon that never dies, the car that will last forever. This was Mercedes-Benz’s first wagon offered on the American market, made available in 300TD and 230TE guises in its peak years. If you’re still wondering what the T stands for, even today, then here it is. Mercedes says the letter was chosen to illustrate the very mission of their famous wagon: transport and touristik.

When they came out in April 1978, they were the most expensive station wagons on the market; Mercedes sold them at a little more than 26,000 deutsche marks a pop (roughly $15,000). These were the cars that started Americans on the road to their current luxury SUV obsession—the first modern vehicles that were both practical and relatively luxurious. Up until then, it was one or the other.

The W123 line helped introduce new technology such as antilock brakes (optional from August 1980), a retractable steering column, and the driver air bag (optional from 1982). (Some of those technologies, like ABS, were introduced either later or not at all for U.S.-bound cars at the time.) Many had wood interior trim with a passenger side exterior mirror, power windows, central locking, and rear-facing extra seats. How novel! Mercedes sold a five-speed manual transmission in Europe and a four-speed automatic transmission in the U.S. (The naturally aspirated 300TD wagon had only a brief career in North America, as a turbocharged model replaced it in 1981.) 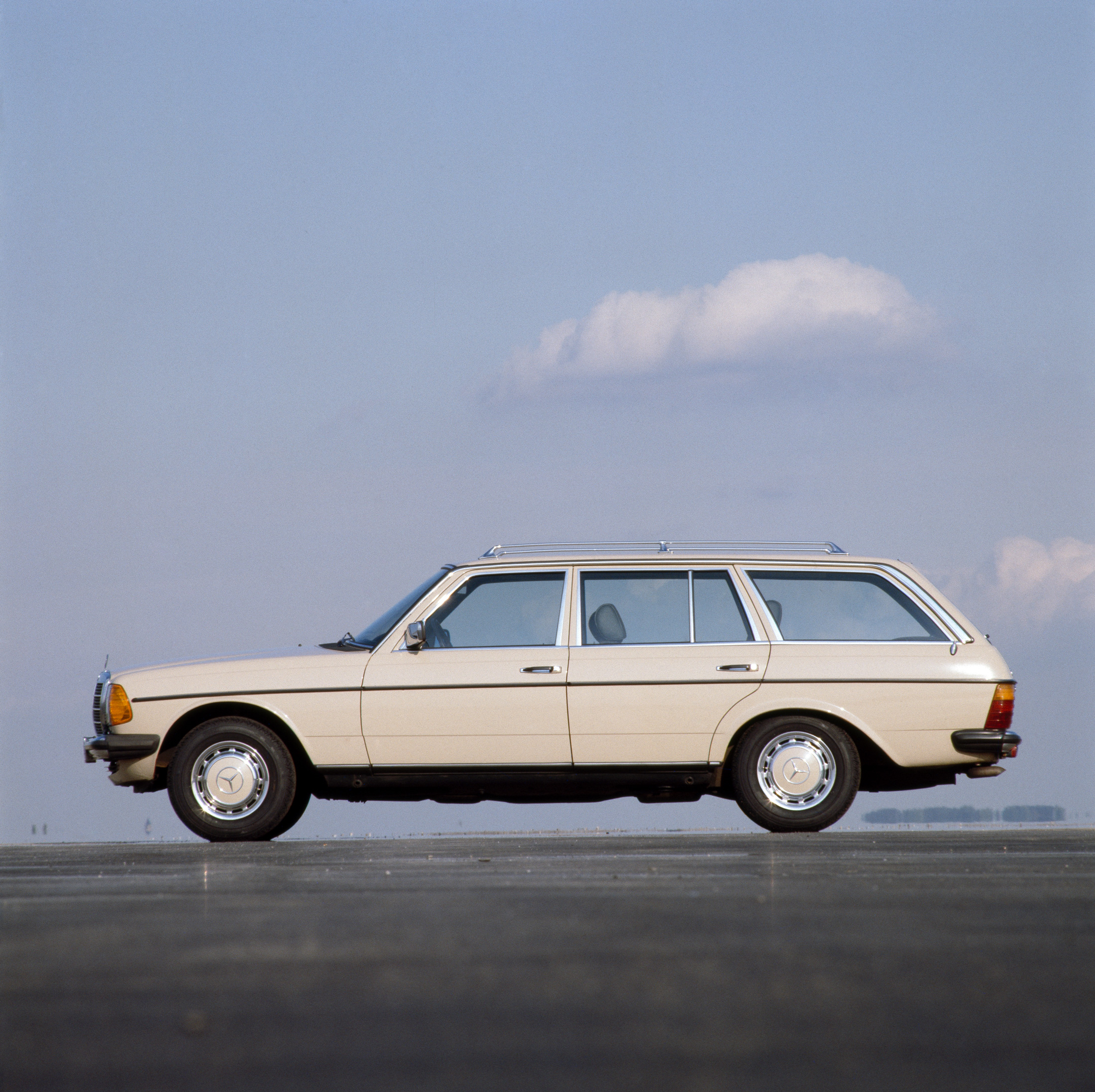 Fast forward to today and you can buy one in mint condition for $20,000 to $25,000. Lesser taken care for examples will demand as little as $5,000. And you know what the best thing about the W123 Mercedes is? “This is literally the car you cannot kill,” as explained by Phil Skinner, Kelley Blue Book’s collector car market editor. “They just keep on running. It’s Mercedes technology—and on a station wagon! It’s the perfect combination.”