Lewis Hamilton is one step closer to a new world championship title, after having battled and won against Red Bull’s Max Verstappen. It was almost a photo-finish by 1.2 seconds in the Japanese Grand Prix, in which Daniel Ricciardo took third and Sebastian Vettel retired.

Lewis Hamilton holds a 59-point lead over Sebastian Vettel, with only four races to go and 100 points on the table. Chasing Hamilton right after the start, but Max Verstappen turned out faster and passed him in the hairpin. It was then Esteban Ocon moving to third, while the other Mercedes driver, Valtteri Bottas passed Vettel’s Ferrari. The German eventually had to pull out due to a faulty spark plug. Carlos Sainz kept him company after the Spaniard’s racing car span out of control in Turn 7 and ended in the tire wall. 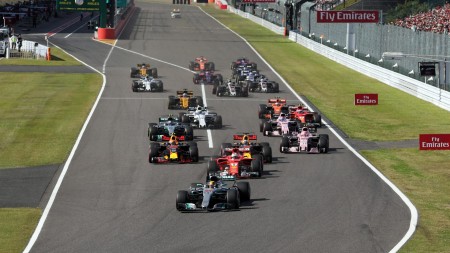 The AMG-branded Brit pulled away from Max Verstappen and only gave his leading position when he pitted. But Mercedes seemed to suffer on soft Pirelli tires, as the Dutchman forced him to occasionally look behind in distress. 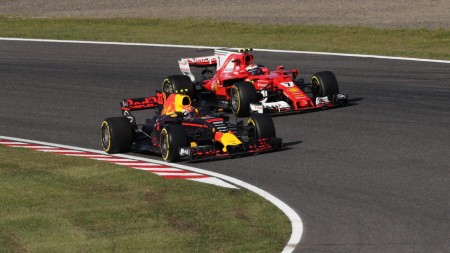 In the 50th lap, when the Virtual Safety Car was disengaged, Verstappen looked even more dangerous for the Mercedes driver. But McLaren’s Fernando Alonso let Hamilton pass, yet failed to give way to the Dutch who was trying to lap him. The 20-year old eventually finished 1.2 seconds behind the Brit, but for one whole lap, he had been in the DRS zone, inching closer to Hamilton.

Daniel Ricciardo snatched the third position on the podium, while Valtteri Bottas failed to get up there for nine-tenths of a second.

The disaster continues for Ferrari, with Vettel retiring and Kimi Raikkonen, penalized by five grid placed for gearbox change, only finishing fifth.