Following th SL, the following C 63 AMG Black Series looks and feels like easy landing after a space mission. Everything feels “secular”, approachable. But appearances are deceptive. In principle, the fourth epic Black Series supercar was equally momentous as its bezerk predecessor. Development started from the C 63 AMG, holding considerably more agility standards than anything previously adorned by the Black Series badge. In terms of approach, nothing changes, of course. Again AMG proceeds with coilover suspension, mechanical lock, wider track and forged 19-inch wheels. The engine got a bump as well. Pistons, connecting rods and the lightweight crankshaft taken from the SLS generate 60 more horsepower and 20 more Newton meters. Rollbar, bucket seats, four-point harnesses; the Track Package brings semi slicks and an active transmission oil cooling, front splitter, flics and the fixed stabilizer – all visually portraying a road-going DTM hero. The C 63 needs the right temperature to develop its handling. On cold tires it behaves much like the ax in the forest. He repeatedly twists with his tail around, tugging, wriggling… tough mission to wrestle with it on the track. From the exhausts simmers the finest end-rhythm, the front axle spurt after a few curves as if on rails, while the steering provides a crystal-clear feedback. But over time, the tires rub on temperature, and thus it germinates on the traction, with the trust and curve tempos rise equally. 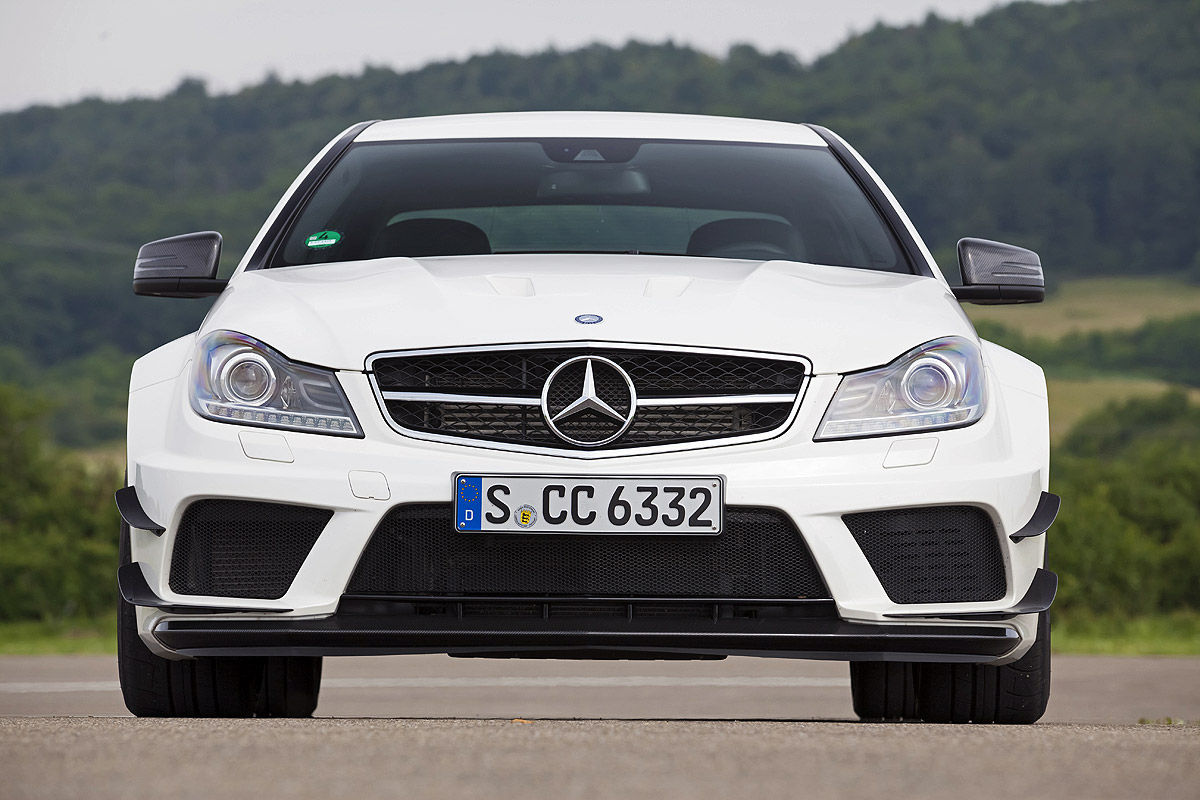