In its original form the SL was an ambassador of upscale refinement, but AMG suddenly decided to turn it into an outright monster. Genetically disfigured, unbridled brutality… pretty much the exact opposite of what the SL usually embodied. The body is – apart from the standard aluminum-magnesium doors – completely remodeled. If Darth Vader was an Earthling, he would just drive this car! And he would be happy to find a dark cockpit extravaganza. Color combination? Black on black. From footwell to roof level. The seat shells seem taken straight from a race car. When asked about the suitability for everyday use, the SL 65 AMG developers responded that it could fulfill the goal. But, you should never forget it was car made to be driven. Hard! With the 1000 Nm and 1.8 tonnes (down from 2 tonne) on hand, havoc is easily imaginable. Sharp steering, which was designed to direct only by eight per cent, but still feels as if it were twenty. The balance is also ballistic: the SL slips repeatedly around the vertical axis due to the indomitable force. And with the sheer sprawling width which is in stark contrast to his sharp turn-in. Few brawny drivers can really can tame the mystic SL 65 AMG Black Series. 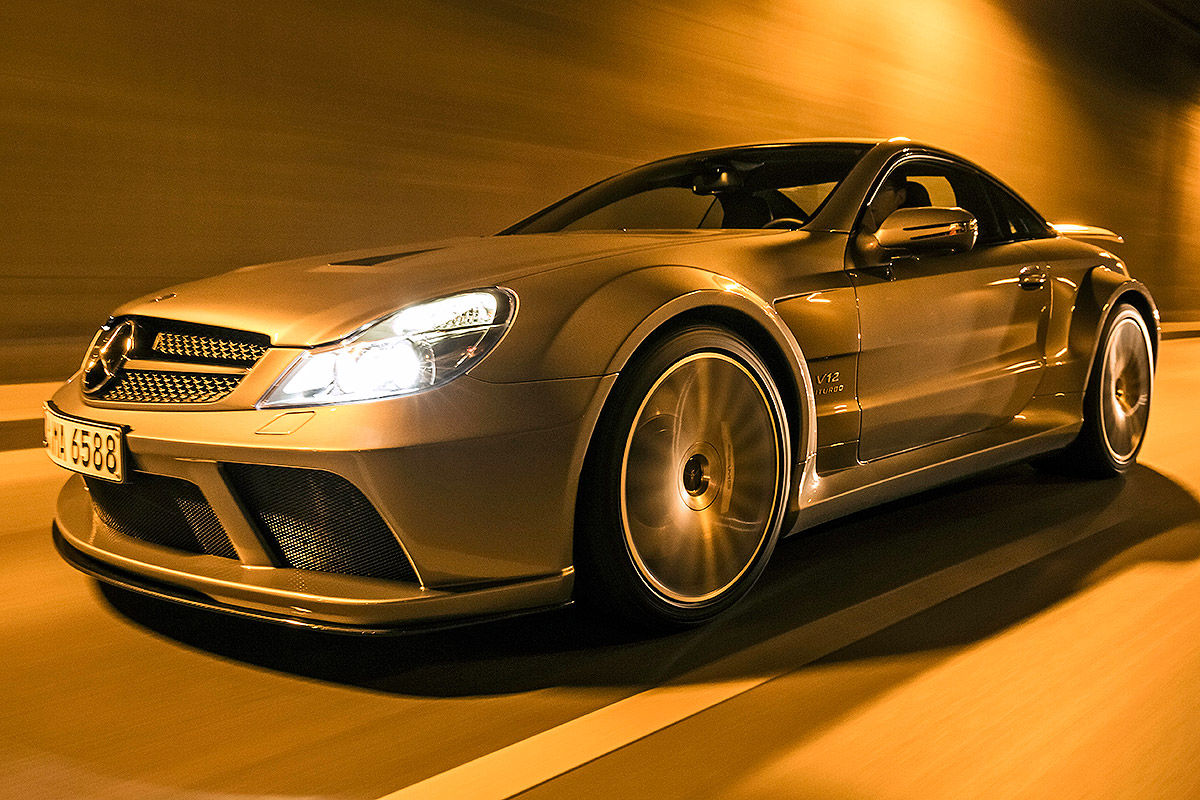