The Mercedes-Benz Unimog has just turned 70 years old and has celebrated his anniversary with a pajama party. He invited his best friends to the sleep out: the Actros, the Zetros, the Marco Polo and the G-Class.

Challenge accepted, so they all started on a journey in which nature became their billion-star hotel. Gunther Holtdorf was one of the aventurers. He built a bed in his car in 1990 and has not sleept a single night in a building ever since. Almost 900,000 kilometers and 177 countries he has traveled. 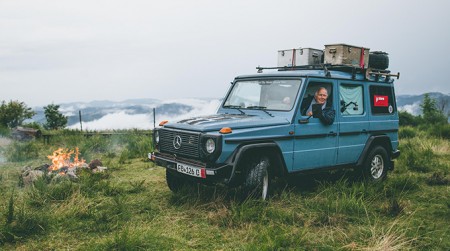 „We couldn’t leave Otto alone!” Who is Otto? He is a family member. A 1988 baby-blue Mercedes-Benz 300 GD. For Otto, this was the final destination before heading to the Mercedes-Benz Museum.

Over a dozen of car fans made up the giants’ reunion. Steep slopes, excavated watercourses, scree and potholes, together with the so spectacular mud baths were part of the off-road adventure, before heading into the Black Forest. 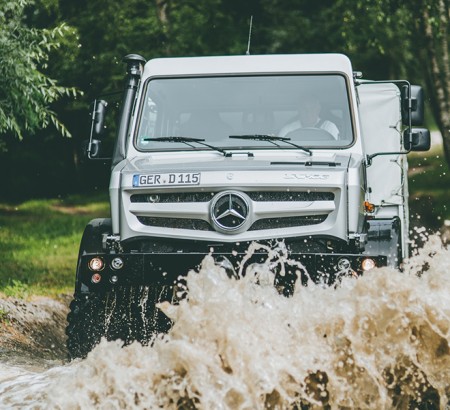 In the middle of nowhere, with just the starred sky to keep them company, the convoy established its camp on an elevation with a stunning panorama. Stories by the campfire and then each of them retires into his motor home under the starred sky of the wild.

At dawn, they have guests. A few wild horses dropped by. “Waking up to this view of the Black Forest, and now this. It’s bizarre and I love it”, says a female traveller, happy to meet the unexpected.

Otto heads then to the Mercedes-Benz Museum, but his owner, Gunther Holtdorf, is not going to stop here. He is already working on a new model made up of two G-Class SUVs. And it goes without saying that he will fit a bed into his brand-new driving home.

But going back to the birthday boy, the Unimog, it was Prototype 1 that completed its first test drive 70 years ago exactly. Chief designer Heinrich Rößler himself was at the wheel, and he tested the prototype, which had no bonnet and was fully laden with wood, on rough forest roads. 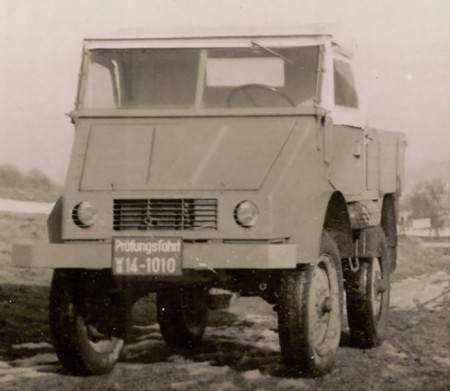 It featured a 50 km/h top speed, all-wheel drive and differential locks at the front and at the rear. It came with a two-seater cab and had no bonnet.

To date, there have been thirty different model series and almost 400 000 vehicles sold.