Australian billionaire Clive Palmer denies having bought Adolf Hitler’s Mercedes that has been lately in the possession of a Russian oligarch. Palmer threatens to sue the Aussie government for spreading fake news.

Clive Palmer had supposedly acquired the 1939 Mercedes-Benz 700 K that was under Adolf Hitler’s possession for four years. Hitler had used the armored Benz on Nazi parades and trips to cities such as Berlin, Paris and Athens. The dark-blue Grosser Offener Tourenwagen was supposed to end up in a 600-car private collection, for educational purposes. The auction house branded it as “the most historically significant automobile ever offered for public sale.” 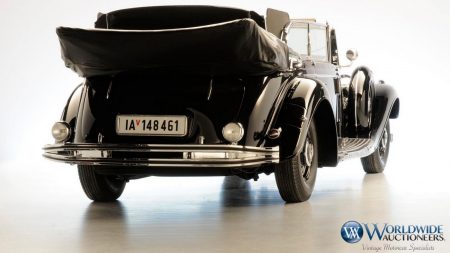 Its former owner, a Russian oligarch, wanted to sell it. The car first went under the hammer back in February 2018. But the final bid in the auction back then was only about half the price the seller expected. So it never actually sold.

Palmer, who is currently the head of the United Australia Party, started negotiations back then, hoping to bring the car on Australian land. The move got the attention of the Australian officials. They announced efforts in order to block the import of the fascist dictator’s Mercedes. They see the Mercedes as a representation of fascism. Some experts, though, claim that it does not have such a major historical value, since Hitler used several custom-built Mercedes limousines.

The model comes with a supercharged 7.7-liter inline-eight engine that delivers 230 hp via a five-speed manual transmission. 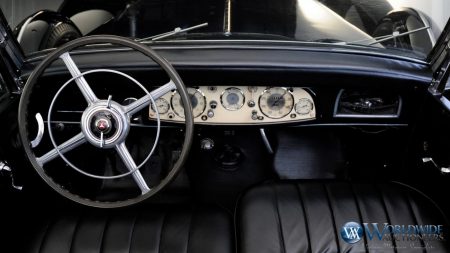 What bothers the Australians even more is the fact that the one that sells the car is a Russian oligarch. The war that Russia has started in Ukraine led to severe financial sanctions on the Russian people and especially on oligarchs. Everywhere across the U.S. and Europe, authorities have been seizing goods belonging to rich Russians who are known to be Vladimir Putin’s supporters. Such transactions contravene the current embargoes and may lead to serious consequences under Australian law.

Palmer, on the other hand, denies that he actually bought the car. Instead, he is seeking legal action against the Australian Government and against those who spread “outrageous fake news.”

I did not buy Hitler’s car. Its more Fake News.