2 million smarts have been sold worldwide since the tiniest car of all saw the light of day, in 1998. Combustion engines, electric motors, two-seaters, four-seaters, tuned by Brabus, you name it, they’ve got it. ‘’For our customers, smart is much more than just a car’’, says Dr. Annette Winkler, head of smart.

The itsy bitsy smart has enjoyed a huge success throughout the years, as an urban joy, but also as a fleet car, being the pinnacle of mobility.

By the end of 2015, smart has become the world’s firs car manufacturer to combine an online store for new cars with a virtual showroom, offering customers in Italy, the country of cramped spaces and narros streets, the possibility to explore the options straight on the website and buy their car online. 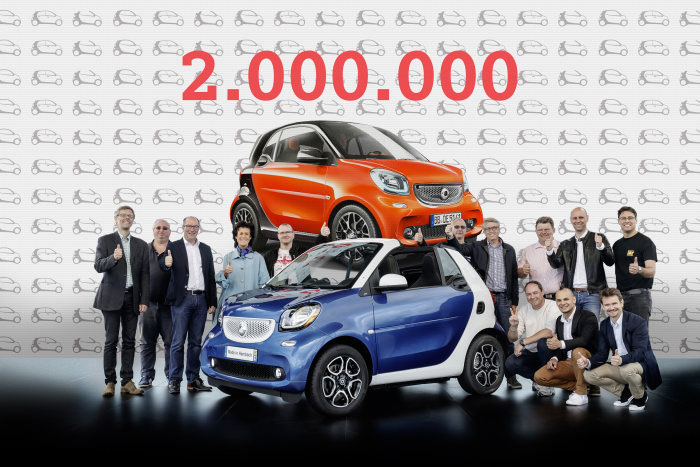 By the end of 2016, smart becomes the world’s first car manufacturer to offer its entire range with both combustion and electric engines. DHL and car2go also use the smarts for mobility and rapid transportation.

The smart is now present in 46 markets. 2016 saw a major increase of 20.8%. Over 7,631 cars have reached their new owners this year already. In China, sales almost tripled compared to last year’s Augut, turning the market giant in the third biggest sales market after Germany and Italy.