You can definitely relate to somebody who feels a bit frightened (OK, terrified) while trashing these cars on the twisty roads of the Austrian Alps. After all, finding a more expensive mix of cars might prove rather challenging…

Here are three of the most luxurious and comfortable cars that money (a lot of them) can buy, all sporting V12 engines and plenty of attitude. They are in the hands of three Automobile magazine journalists who are dead set on deciding which one of them is the better one. 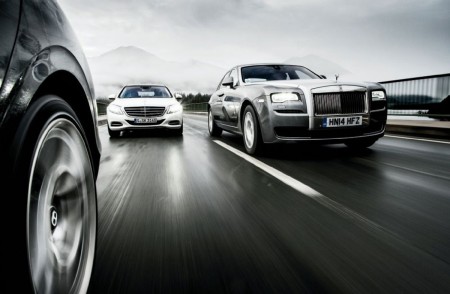 First of all, they have to glide over a few kilometers of motorway which, in this kind of cars, I can only assume, must have flown by like they were nothing. According to the author, the Mercedes-Benz S 600 is the easiest to drive fast under these conditions, thanks to its wide body and very well planted stance (blame the state of the art suspension system).

The Mercedes-Benz is in the lead when it comes to technology, too, with adaptive cruise control, automatic lane guidance, night vision and an adaptive suspension that uses video cameras to scan the road ahead and prepare for the worse. They continue listing the Mercedes-Benz’s features for a while longer, and rest assured even like this they’re only scraping the surface. 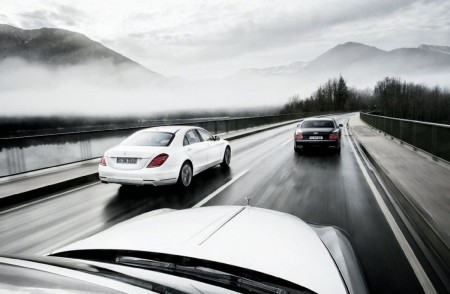 It all comes to a sudden stop when they reach the engine. The V12 in the S 600 isn’t exactly new, being very similar to the 5,5 liter V12 that launched on the 2002 Maybach 57. The bi-turbo unit now develops 530 hp, so it’s not quite something you would call weak, but in this company, it is the most feeble – the Ghost has 570 hp while the Bentley goes over the 600 hp mark.

The Mercedes-Benz S 600 regains some of the lost ground with its torque figure of 830 Nm (the highest) and the “low” mass: 2.285. All this coupled with the fact that less than 100 hp difference at this level isn’t really all that much means that only a fighter jet pilot would be allowed to call it slow. 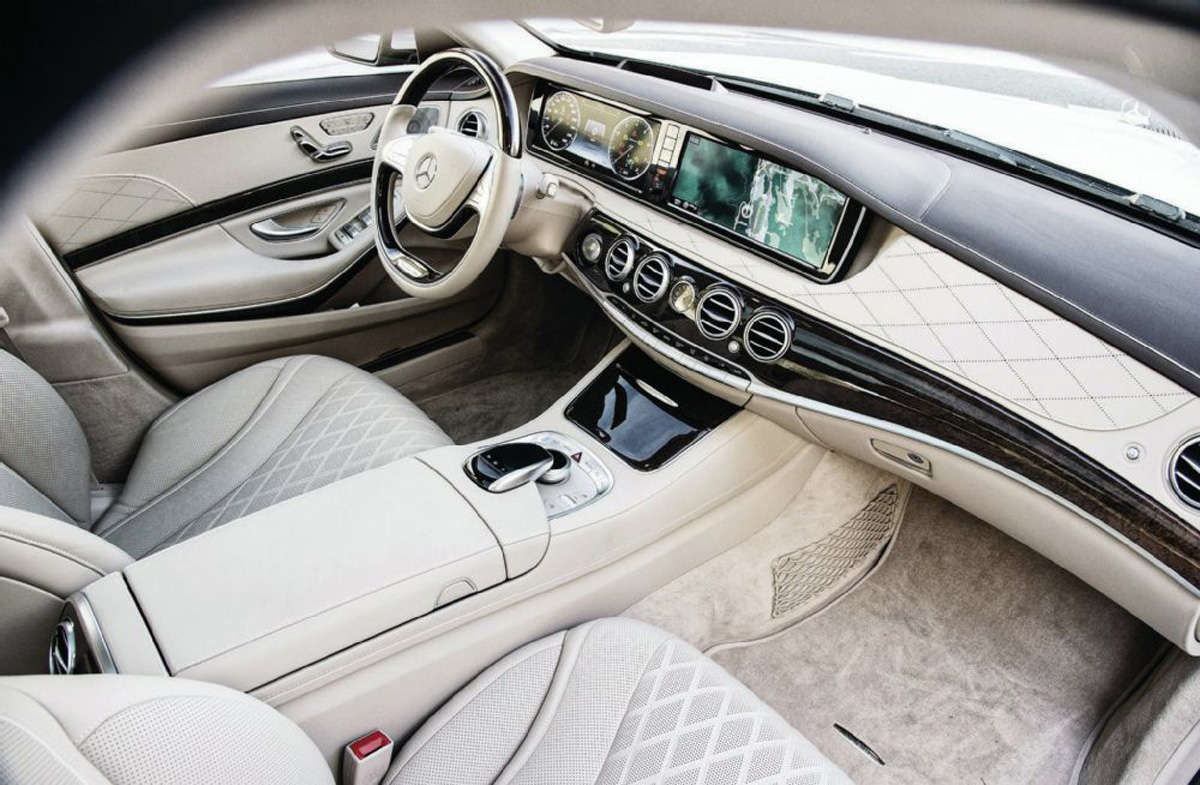 It’s also quite involving, an attribute which, surprisingly, applies to the Ghost as well. It might look like a fortress on wheels, but with the optional dynamic driving package it is surprisingly nimble. It gets retuned dampers, modified rear suspension and a thicker steering wheel with a more direct response. With the stability control on, you don’t get much room to play and the car is reeled back almost instantaneous. Switch them off and you’ll quickly find the road to be much too narrow. The car feels best while taking advantage of its low end torque (780 Nm available from as early as 1.500 rpm), proving to be more dynamic than anyone would have guessed. 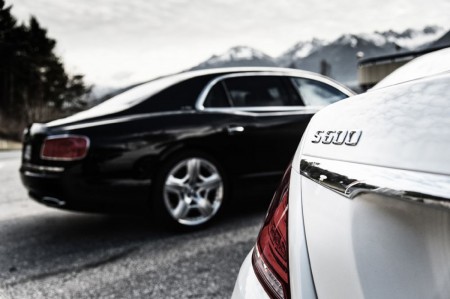 But it comes a time when the autobahn ends and more interesting roads begin. As the bends tighten and the road becomes steeper, this is where the Bentley starts to shine. It’s the only 4WD car here, which means it can make the most of the 800 Nm on offer from the six liter W12 engine. It’s the fastest car of the bunch, too, both acceleration and top speed wise: 4.3 seconds for the 0-100 km/h sprint (4.5 for the Benz and 4.8 for the Ghost) and a top speed well in excess of 300 km/h (the other two are limited at 250 km/h).

But, really, no matter how fast they are, speed and agility are not the first things that spring into mind when you look at these three cars. Comfort is. 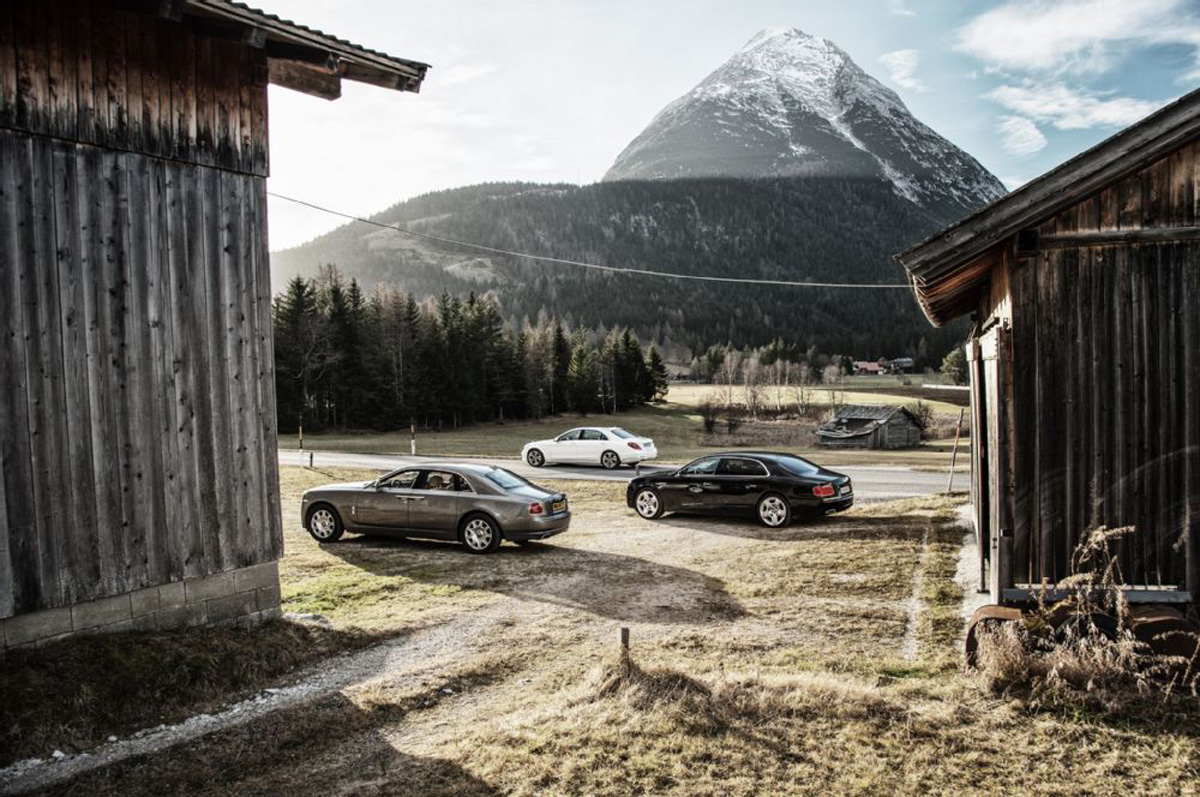 It’s the Mercedes-Benz S 600 that cuts in front again, with the award extending to the rear seats as well which, among other things like tremendous leg and head room, also offer ample massage possibilities. By comparison, the Bentley feels a lot more cramped and even the driver seat doesn’t feel like it’s adjustable enough.

And then there’s the tech. Needless to say, the S 600 leads the way once again, but while doing so it presents the user with a problem. In fact, more than one: there’s a throng of buttons, touchpads and displays that one can very easily get lost in. By contrast, the Rolls uses an improved version of the BMW iDrive which makes things very clear and simple, while the Bentley is so outdated it almost hurts. 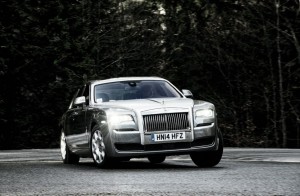 Trying to judge the image these three cars exude over their owner only comes to highlight once again how different they really are. The Benz is the more techy, geeky of the three, with enough talking points to provide small talk opportunities for at least 100 parties from now on. The Bentley is the most exquisite and classical of them, with beautiful craftsmanship and huge attention to detail. The Rolls, on the other hand, it simply shouts: “opulence”.

Which seems to bode well with our journalist colleagues from Automobile, who found the Rolls-Royce to be the most pleasing overall. They salute Mercedes-Benz S 600’s clever features and (ahem!) low price – it is the most (ahem! again) accessible at approximately 150.000 euros – and concede the fact that it’s the most rational choice, but… “screw it, we want opulence”.