Behind the scenes, with Hamilton and Rosberg

Lewis Hamilton and Nico Rosberg are becoming spies bit by bit. As seen before, once the Formula 1 season is over, they gave away the sports suits and dressed up to the nines. The Mercedes AMG Petronas drivers played the charming spies and Ernest Hemingway’s great-grandaugther played the Bond girl in the Hugo Boss fashion campaign.

They are all super models: cars and drivers and of course, the super model herself. Mercedes-Benz is going behind the scenes of the Hugo Boss fashion campaign to see how things are going. The two Mercedes AMG Petronas drivers, Hamilton and Rosberg, felt like home on the set. It wasn’t even the first time they were wearing a bow-tie for a video. They have done it before, to advertise for the SL 63 AMG Limited Edition.

“But I don’t see myself as a model”, Lewis Hamilton says. “I am a driver and that’s what I do best.” And it’s obvious that he’s right, since he has just won the world title behind the wheel of the Mercedes AMG Petronas car this past season.

Nico Rosberg is also playing the modest guy part: “Being a model is strage, I haven’t done it that many times. But I like doing different things and especially with the people involved.”

Of course he does. The model starring next to them is no other but the writer Ernest Hemingway’s great-grandaughter. “It’s incredibile, it’s like nothing I hav ever done. It is rare that a car becomes an accessory. Such an iconic brand, that has always represented luxury to me is so timeless. I get to play the Bond girl, the sexy mystery woman.” Yes, she is the mystery woman seducing two spies. Sorry, two drivers. 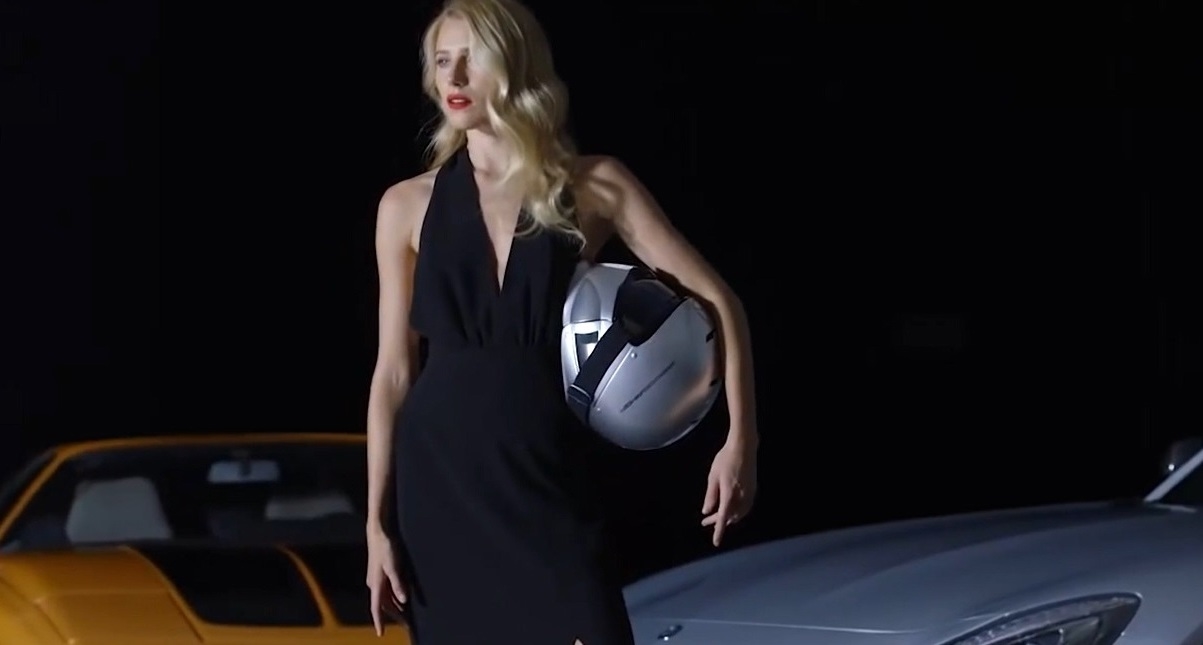 Hamilton and Rosberg have been directed by Collier Schorr. For the School of Arts graduate artist, the thoughest thing on the set was to keep all the energy focused in one place: that of the two drivers, of the cars and of the blonde beauty shooting with them.

“When they asked me, I immediately said yes. When I collaborate with the brand, there’s something really thrilling it’s like going into their head space, trying to figure out what actually excites them about their own product.”

The three almost managed to overshadow the cars in the video. But not quite. The all new Mercedes-AMG GT and the Mercedes-Benz C111 gullwing.

On the set of the Hugo Boss fashion campaign, there were three Germans and a half: the cars, the runner up of the Formula 1 season and also the director, Collier Schorr. Currently residing in Brooklyn, New York, she has German background, speaks German fluently and spends her summers with family in Schwabish Gmund, in Southern Germany.