It shook the world when it first appeared in 1954. It was the fastest production car that had ever set wheel on the road. And the most spectacular money could buy. With a Sport Leicht (Sport Light) chassis, featurig aluminium doors, hood and trunk, the Mercedes-Benz 300 SL is still a head-turner. Here is your chance to turn heads: this beauty goes under hammer at Amelia Island. 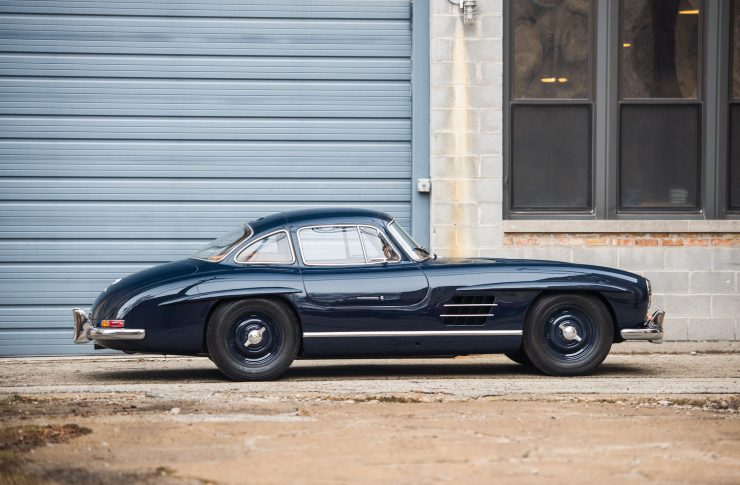 But the Germans tried to fit it with regular doors, lowering the sills as much as they could. And still it didn’t work. Rudolf Uhlenhaut, the chief development engineer of the project decided that it needed gullwings. And so the hinges were moved up on the roof.

It was the fastest mass-production automobile and it was powered by a 3.0-liter SOHC inline-6 engine and fitted with a 4-speed gearbox. The Americans adored it, the celebrities of the time waited in line for one. The booming post-war economy made the sales of the $11,000  beauty skyrocket: 1,400 Gullwings and 1,858 Roadsters rolled out of the assembly line. Mercedes marched, loud and proud, with its attractive cars. 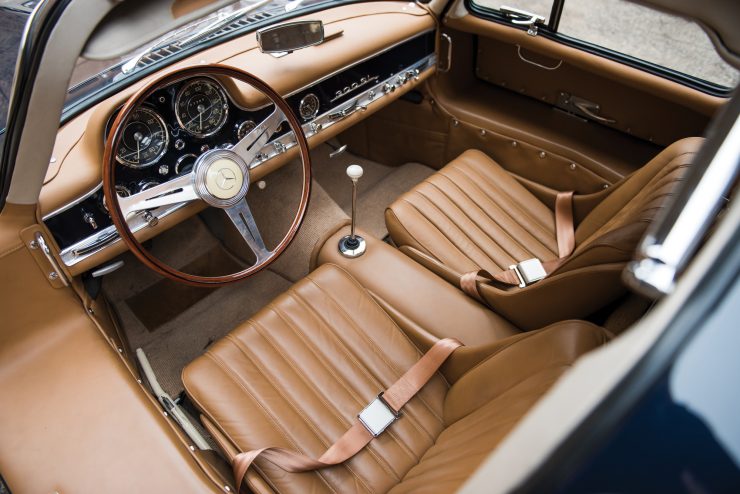 Now, this 300 SL Gullwing is going under hammer on the 11th of March at th RM Sotheby’s auction in Amelia Island. Formerly owned by a Gullwing Group president, the car was fully restored in 2007 and the engine underwent a complete rebuild two years later. The automobile, advertised as the ideal candidate for concours display or vintage driving events, is accompanied by a set of fitted luggage made by Taris Charysyn and Co., a set of tools and a period sales brochure. It is expected to fetch between $1,200,000 and $1,400,000.