Battle of the monster coupes: S7 Sportback vs. CLS 500 4MATIC

It’s those Germans from Auto Motor und Sport again, but this time they went playing with 858 hp and just two cars. They went out to address a question every one of us has had at some point in life: what 400+ hp coupe should I get, the Audi S7 Sportback or the Mercedes-Benz CLS 500 4MATIC? Luckily, the Germans have come up with an answer.

These are cars specifically built for the Autobahn. They may present themselves as sporty, but what they do best is eat up kilometer after kilometer of road in perfect silence and comfort. They’re as close to a GT as they can possibly get without actually becoming one.

They’re not really coupes, either. They both fall into the much disputed category of four door coupes, which was actually created by the ancestor of one of the two involved in the test. Still, for the sake of not typing so many words, we’re going to refer to them as “coupes” from now on. 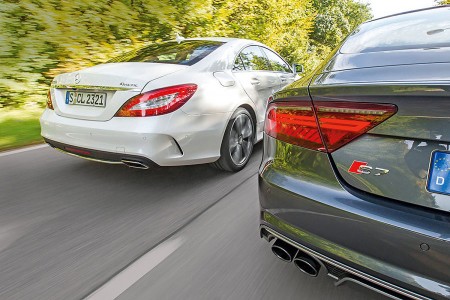 Both of them have had relatively recent facelifts, and for both of them the changes brought by this mid-life refreshing were rather modest. You might argue that 30 extra horsepower are not something so derisory, and if we weren’t talking about a total sum of 450 hp, I might agree. As things are, though, the difference between 420 and 450 hp is not that great.

The at Auto Motor un Sport (AMS) Germans agree. They say that even though the Mercedes-Benz CLS 500 4MATIC still has the same 408 hp engine, it doesn’t feel any less willing to accelerate than the 450 hp Audi S7 Sportback. Being German, they talk about percentage so it really isn’t more than a 10% increase over the Benz.

Read our review of the Mercedes-Benz 350 BlueTEC facelift.

Another novelty brought by the facelift, this time for both cars, are the active LED headlamps. Called the Matrix LED in the Audi, we’ve already grown accustomed to it in the earlier A8 and we know it works wonderfully. The technology is a bit more recent for the Mercedes-Benz so it comes as little surprise that the Audi device seemed to work that little bit better. It’s also a considerably cheaper option in the Audi (about 1,000 euros less). 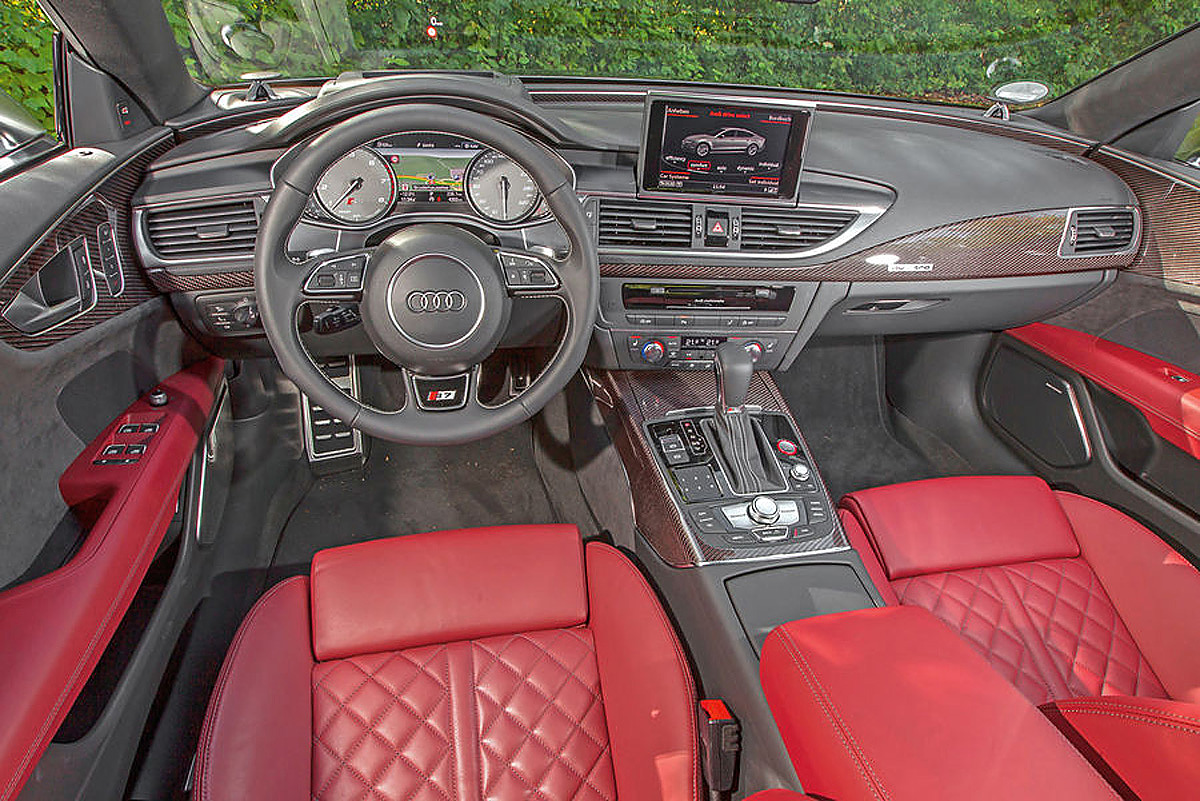 Moving on, the Germans seem determined to get the electronic gadgetry out of the way as fast as possible, so next are the infotainment systems. You can’t really complain about much in such high-end vehicles, but they managed to find a chink in the armour: the CLS hasn’t got the ability to stream music from the internet. I guess that’s something your kids would be upset about, because it sure as hell doesn’t mean anything to me…

A big thumbs up goes to both cars’ voice recognition programmes, the guys at AMS saying that you will never use the rotary dials again for changing radio stations or inserting addresses in the sat nav. The Audi also gives the option of turning the car into a moving Wi-Fi hotspot for all the other occupants to connect their mobile devices to, something the Mercedes-Benz doesn’t offer. 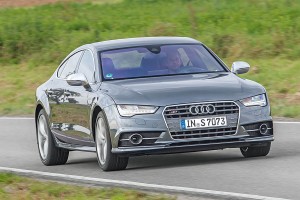 OK, OK, all this is all very interesting, but how do these cars actually drive? Well, first of all, they both have air suspensions, but they also have 19 inch wheels, which kind of negate the benefits of the pneumatic dampening. As expected, the CLS 500 4MATIC gets an extra point for comfiness, while the Audi proves to be the sportier option. It’s more nimble in bends, it seems to go faster than it actually is and the steering feels heavy, direct.

The Mercedes-Benz, on the other hand, is fast in its own terms. The steering is lighter, but at the same time more natural since the increased resistance in Sport mode in Audi is purely artificial. To quote the AMS testers, the Mercedes-Benz leaves an overall “harmonious impression”, which isn’t a bad thing to say about a car.

And now, let’s get down to business and talk about the engines. As I’ve said earlier, the extra power in the Audi doesn’t translate into much on the asphalt: the A7 turned out to be only half a second faster in the 0-100 km/h sprint – the same as the for the previous 420 hp model. During the overtaking tests, 60-100 and 80-120, the difference was even smaller – one tenth of a second. 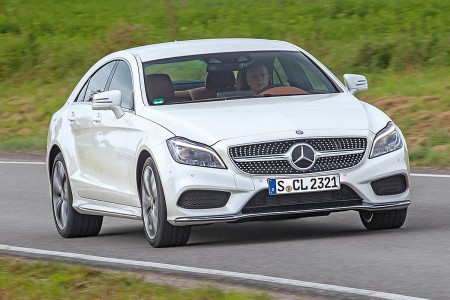 The Audi V8 feels a lot more brutal than it really is, and that’s mainly due to the sound. In reality, it is very much a civilized engine with start/stop function and cylinder shut-off when less power is required. The CLS does the same thing but with a lot less fuss. And to make matters worse for anybody trying to separate the two cars, the fuel consumption number was almost identical at 12.5 l/100 km (with the Audi requiring a little bit more gasoline than the CLS).

As far as pricing is concerned, it’s no surprise to find out they both sit in pretty much the same spot. Starting at a little over 80,000 euros, the Audi gets in front due to more features coming as standard, but it’s not really enough to tilt the scales one way or the other. In fact, apparently nothing is, because the test ends without a clear winner. Basically, what they say is that you can’t go wrong with any of them and you should choose based on personal preferences, aesthetic appeal or brand affiliation – the oh so subjective criteria usually responsible for a lot of bad choices. But not this time. Whichever way you go, you’re a winner.