Batman takes his Batmobile for a spin

Batman has just left the Gotham City. And moved to India, but we’re not sure if he is tracing the Joker or looking for a Catwoman.

We have previously spotted the monster car in Mumbai and now, it proceeds South, about 150 km away from its former location.

You might wonder why Mercedesblog is talking about a Batmobile. Well, it all makes sense. This vehicle apparently taken out from Tim Burton’s 1989 motion picture, has a Mercedes-Benz S350 as a starting point. Even though the Batmobile from a quarter of a century ago was built upon a Chevrolet Impala chassis, a tuning house based in India thought the S-Class would be better. 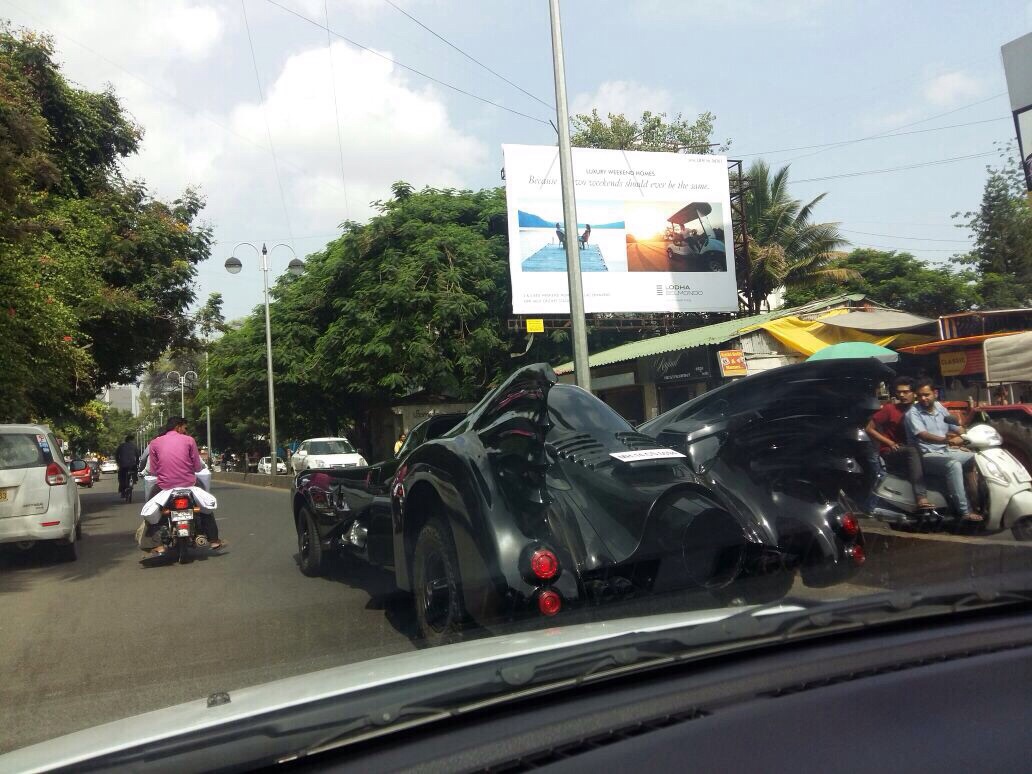 The scary vehicle with bat wings upon its shoulders and a frightening fire gun instead of a radiator grille, comes with a custom made fiber-glass body, slightly exceeding the 6,62-meter length of the original vehicle from the movie. The wheels, although they look as if the Batmobile stole them from an off-roader, are just like those you have seen on the silver screen. But, apart from those that you have seen in the movie, the gun caps are foolproof. Yeah, gun control is functional in India. 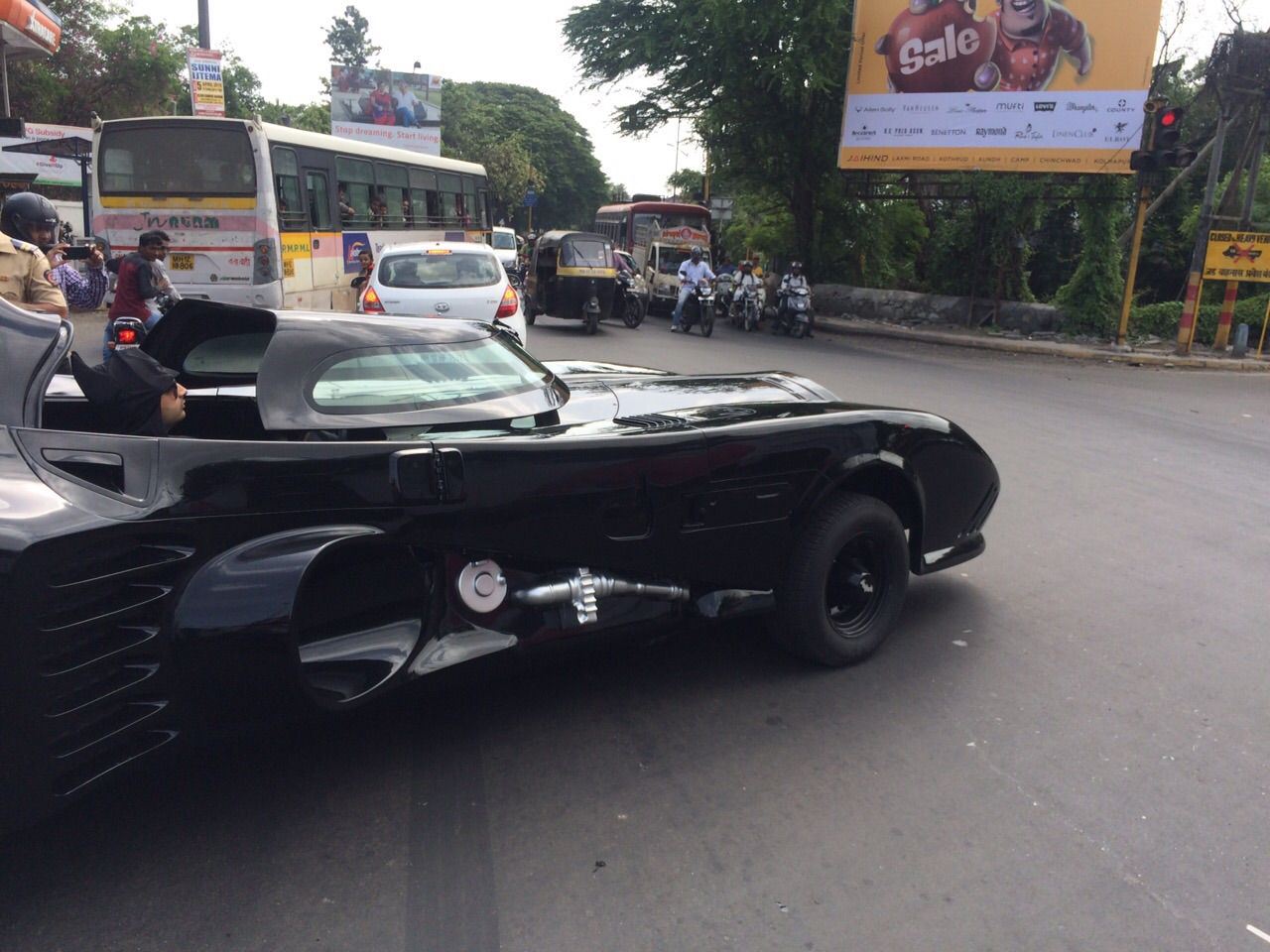 Batman’s car runs the 0-100 km/h distance in just 3.7 seconds. Better than the AMG GT S, right? And it reaches the top speed of a small passenger jet: 531 km/h. Hopefully, the figures are not available for the scary black bat on wheels. It doesn’t need them anyway to stop the already congested traffic in the city of Pune. People gathered around it to snap pictures. It’s not every time you spot Batman out there in the street, right? 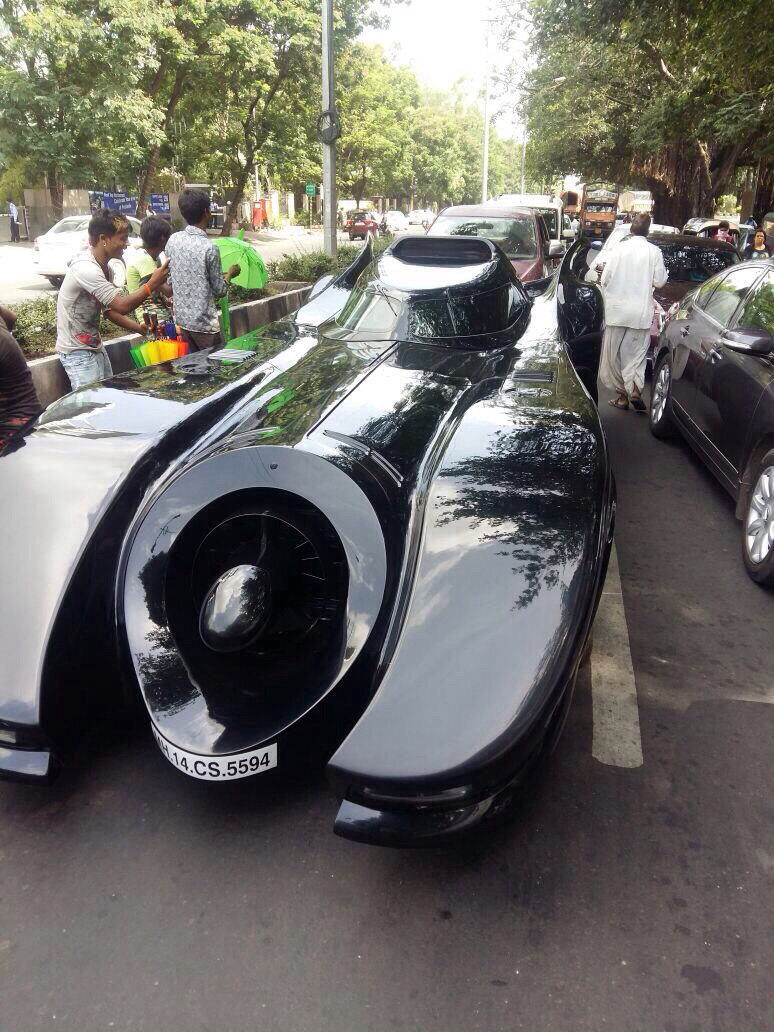 And by the way, the driver, not the actor Michael Keaton playing Bruce Wayne, but an anonymous thought to be a local, was wearing a Batman costume. Too bad a Catwoman was nowhere to be seen.