Barn find is the synonym to an extraordinary discovery. Tucked away in a warehouse from Indiana, a 1960 Mercedes-Benz 300SL Roadster with Less than 15k Miles and Stored for Four Decades is now for sale.

An American family was pleasantly surprised to find a 60-year-old Mercedes from one of their relatives. As it turned out, it is a huge rarity, not incidentally worth one million dollars.

The barn find 1960 Mercedes Benz 300SL Roadster hasn’t moved for forty years since its owner left it in a garage to collect dust – its condition is far from impeccable.

The owner just drove his 300SL Roadster for the first time in his 70s and fell in love with the model so much that he also bought one in ’76. It used it for a few years, during which it covered 25,000 kilometers and then put it away for a long time around 1980.

Since then, the classic has stood intact and has been found by his family after the owner’s death. The car is now at a New York vintage car dealership, Gullwing Motor Cars, and is waiting to be sold.

The dealership also revealed, based on the serial number, that the car originally had a rare, bluish-gray – Blaugrau – paint job with blue leather upholstery. It would have made it even rarer if its owner hadn’t painted it plain gray a few decades ago and upholstered it black again.

Today, this incredible matching-numbers 300SL shows just 14,558 original miles on the odometer and it is advertised for a million dollars, as it is a huge rarity – a total of 1858 units were produced from the and only 249 from the 1960 model – and with such few kilometers it is mostly a big hit. 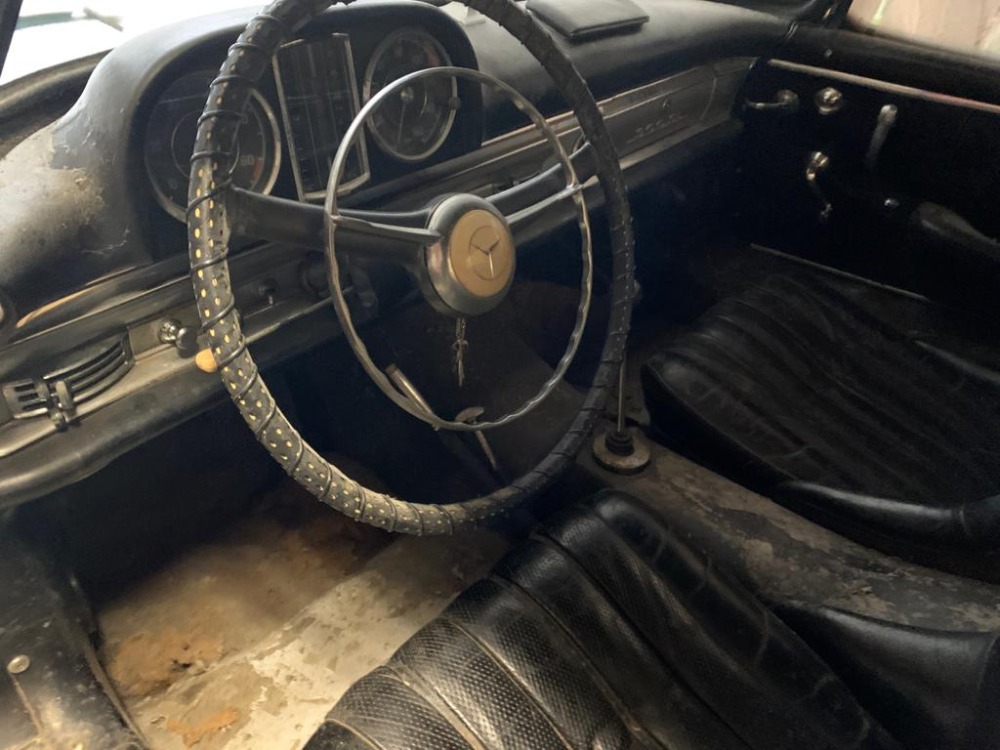