Back in the game – Lewis Hamilton wins the Belgian Grand Prix

A narrow victory was all the Mercedes driver Lewis Hamilton needed to halve the deficit that split him from the general ranking leader Sebastian Vettel. The Brit won the Belgian Grand Prix, with the German close behind. Red Bull’s Daniel Ricciardo followed.

Lewis Hamilton hit a great getaway. Right after the start, he fended off Vettel at the Les Combes. Less than a second came between the two drivers at the top and already 2.5 clear of a train led by Bottas. 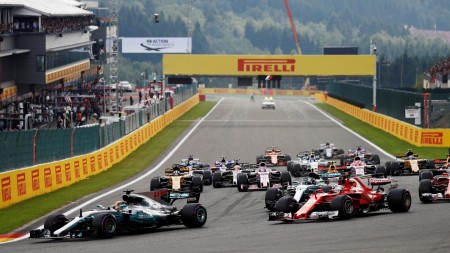 The unluckiest man of the season, Max Verstappen, lost power in his Red Bull. From the pitwall, he was told to reset the system, but the young driver retired, parking his failing car in the Kemmel Straight. Huge disappointment for the kid and the 40,000 fans crossing the border just to see him.

Lap 17 changed the order at the top. Lewis Hamilton attacked Sebastian Vettel and managed to pass with the DRS engaged. 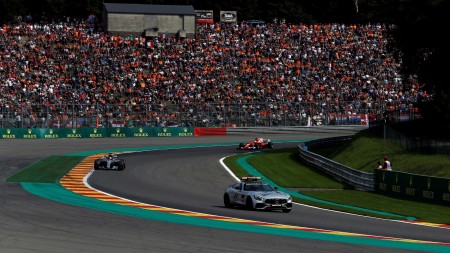 Kimi Raikkonen ignored the double yellow flag on his left and got a 10-second stop and go penalty. He served it as soon as the acknowledged it.

Not a single race passes without the deployment of the Safety Car. At lap 30, the Force India drivers, Sebastian Ocon and Sergio Perez crashed into each other downhill to Eau Rouge and the Mexican had to retire. When the race was restarted, Bottas must have been sleeping, as Raikkonen and Ricciardo passed him in a heartbeat.

Ten laps to the end, the Formula 1 enthusiasts reminded why they are enthusiastic about. Kimi Raikkonen tricked Bottas, forcing him to cut the corner, while at the front, it Sebastian Vettel charged on Hamilton, but failed to overtake him. At the pits, the Ferrari mechanics jumped on their feet clapping and cheering! The Brit pushed and pushed just to keep out of the German’s DRS. 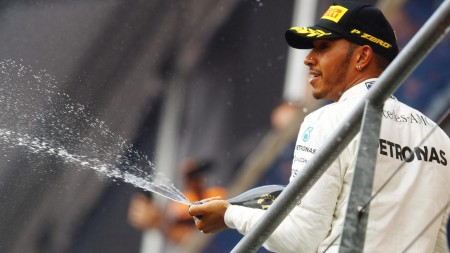 Hamilton passed the finish line first, just 2.3 seconds ahead of rival Vettel, in his 200th Grand Prix, scoring his 58th victory and going only 7 points behind the German in the overall ranking. It was just a disappointing 5th for his teammate Valtteri Bottas. Formula One resumes next weekend in Monza for the Italian Grand Prix.