Baby CLS. Brilliant idea. This is what digital wizard Theophilus Chin thought too, giving us the first glimpse at what a C-Class Coupe 4-door off-spring could look like.

The enticing prospect of another gorgeous Merc, ready to give BMW’s 4-Series GranCoupe a run for its money, should of course be taken with the customary grain of salt. Is this just another unfounded claim, though? No, it is not. After all, Mercedes-Benz does get the credit for inventing the four-door coupe segment with its CLS niche-buster back in 2004.

Though not yet officialy confirmed, the C-Class Coupe derived four-door is the next logical step in the tepid expansion of the C-Class line-up after the launch of the Coupe and the imminent debut of its Cabrio sibling. 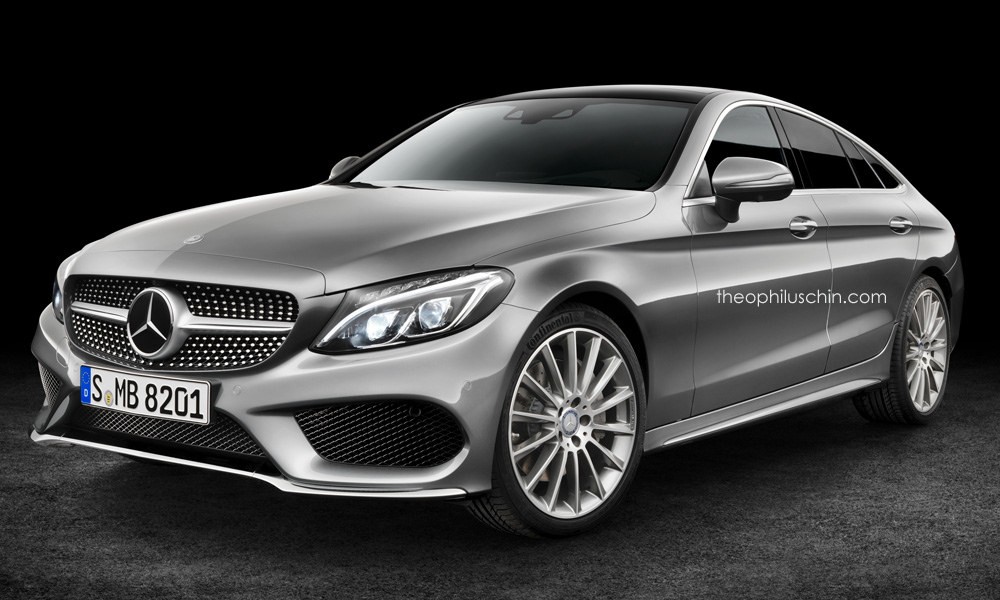 The MRA rear wheel-drive biased platform and the engine line-up currently featured by the C-Class family will be inherited by the new model with no notable changes. This means the upcoming (theoretically) four-door C-Class Coupe is expected to come in petrol and diesel, four and six-cylinder flavors with the mighty Mercedes-AMG C 63 variant shining at the top of the range.

And if you’re wondering how a four-door C-Class Coupe would look like, Theophilus Chin has just given us the answer. Rendered for your viewing pleasure is none other than the baby CLS complete with C-Class Coupe styling cues but a personality of its own. 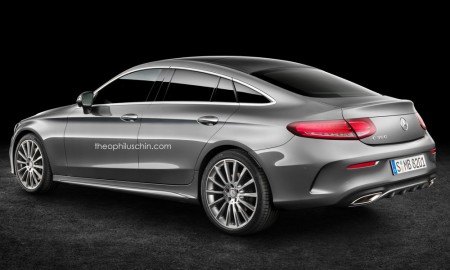 Compared to the CLS, the famed graphic designer felt appropriate to add a third lateral window enlivening the entire profile of the car which definitely beats its bigger brother hands down in therms of road presence. Of course, this render is no more the imaginary work of a gifted graphic designer so we’re not jumping into definitive conclusions before seeing the actual, Mercedes penned four-door C-Class Coupe. If we’ll ever have the chance to, that is…