“Baby, you can drive my car” – John Lennon’s Mercedes for sale for a fortune

When The Beatles were singing “Baby, you can drive my car”, they were probably referring to this beauty. John Lennon’s Mercedes-Benz 230 SL is for sale for a fortune.

The British star bought the Benz in 1965, the exact year the hit was out. Now fans can really drive a Beatles’ member’s car, a Mercedes-Benz 230SL Roadster, for the price of approximately 3 million dollars, celebrity factor included.

The car painted in night blue has been exhibited in a museum in Florida for 17 years and is on its way to the Worldwide Auctioneers of Scottsdale Arizona.

The Roadster premiered at the Geneva Motor Show in 1963, descending from the 300 SL and the 190 SL, with lines defined by Paul Bracq. In 1965, a young man from Liverpool decided to celebrate his success by buying the flashy automobile. It was John Winston Lennon. 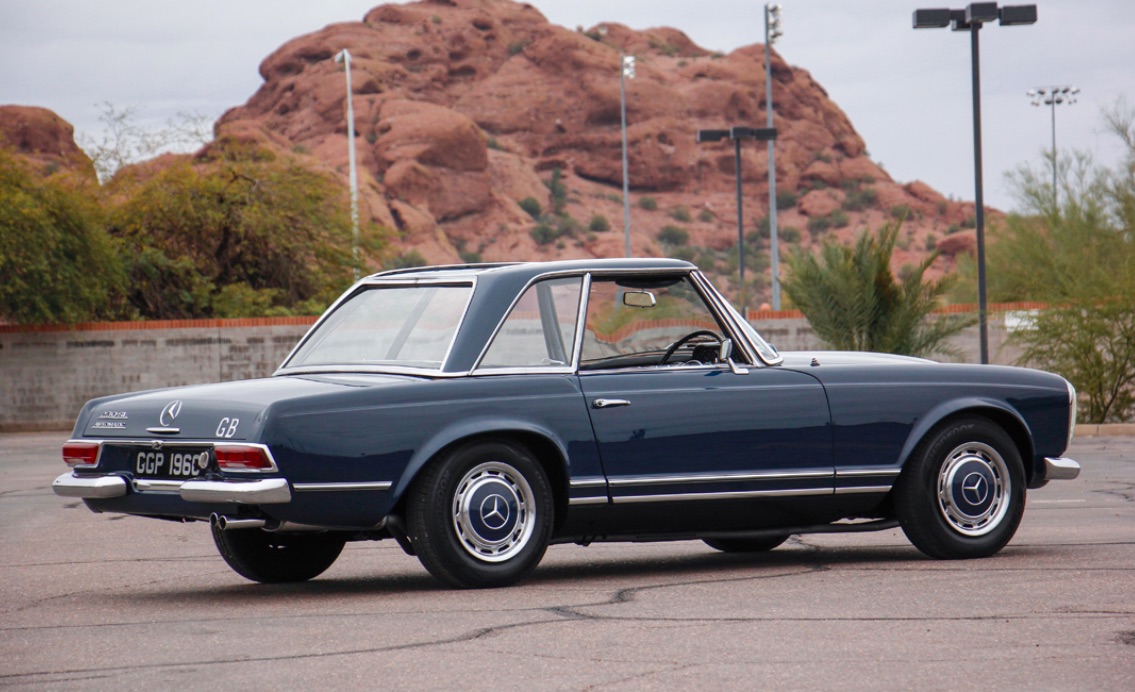 The car with the steering wheel on the right was sold in England an registered under the number of “GGP_196C”. Powered by a 6-cylinder 2.3-liter engine developing 170 HP, it was completely restored and sold together with its original papers, that certify that it was owned by John Lennon himself.

It is one of the few cars that John Lennon ever owned from a total of four, before being shot to death on December 8th, 1980, by a fan, Mark David Champion, when going inside his home in New York City. The car was eventually sold to a British couple, that subsequently sent it to a dealership in Kent. Then it ended up in Florida, in the possession of an enthusiast who gave it to the museum in Florida in 1999, where it lived its days until today.

This is the story that makes the automobile’s price skyrocket in a heartbeat from 120,000 dollars, as much as a regular SL would fetch nowadays, to 3 million dollars.