Autonomous driving – This is how it all started

With the autonomous driving inching closer to taking over the world, we click the button of Reverse on our time machine and go back to where it all started. It was October 1st, 1986, when the Eureka PROMOTHEUS Pan-European project kicked off.

The Program for European Traffic with Highest Efficiency and Unprecedented Safety was designed by Daimler-Benz in cooperation with several European car makers, electronics manufacturers, technology experts and universities. At that time, it was the most ambitious research and developed program ever in terms of autonomous driving. 749 million Euros were invested. 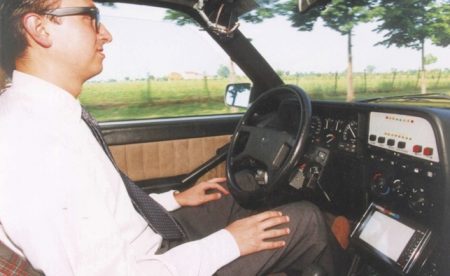 Mercedes-Benz built several self-driving prototypes, but they were all missing something. And then the miracle happened in the shape of a re-engineered W140 S-Class, a car that outperformed all before it. The sedan managed to drive for 1,678 kilometers (1,043 miles), all the way from Munich in Germany to Copenhagen in Denmark and back with minor human intervention.

The system that made the car run like the perfect robot was developed by Professor Ernst Dickmanns from the University of Munich and it was based on saccadic computer vision and various microprocessors that made the car capable of reacting in real time to real driving conditions. The computer controlled the steering, the throttle and the brakes with inputs from real-time evaluation of image sequences, collected from four cameras that featured different focal length for each hemisphere.

All the technology had to be minimalized and miniaturized in order to fit in the car that was way smaller than the Vario of the early 1980s. But Vario… well, Vario was a bus that fitted the entire tech center, engineers included.

The autonomous driving S-Class W140 could drive up to a speed of 185 km/h (115 mph) along the Autobahn. It was able to overtake cars with no human assistance whatsoever. The systems it was equipped with a technology that could track other cars, their speed and the distance in between and it could identify road markings, pretty much what Distronic Plus with Steering Assist is doing today. 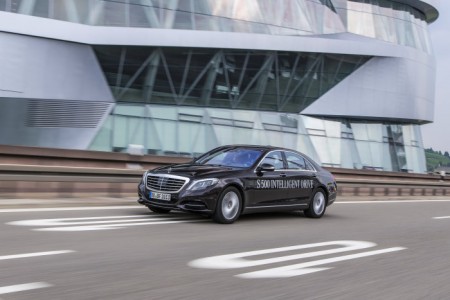