New smart fortwo celebrates is celebrating its Chinese premiere at the Auto Shanghai Show. The smallest car in the world meets the largest car market.

Following the successful market launch in Europe with a surge in new registrations (+22.7 percent as at March), the city coupé will be available in China from August 2015. The launch of the smart forfour will follow in early 2016.

“The new smart fortwo is quite simply the perfect city car, particularly for China’s many urban areas. And I’m convinced that, following its great start in Europe and its premiere on the US market in New York, it will also find plenty of friends in the great cities of China,” says smart boss Dr. Annette Winkler, speaking at the launch event against the backdrop of Auto Shanghai in China. “China has influenced the design and development of our new two-seater more than any other country, which is why this car fulfils all the customer requirements in this important market,” continues Dr. Winkler. 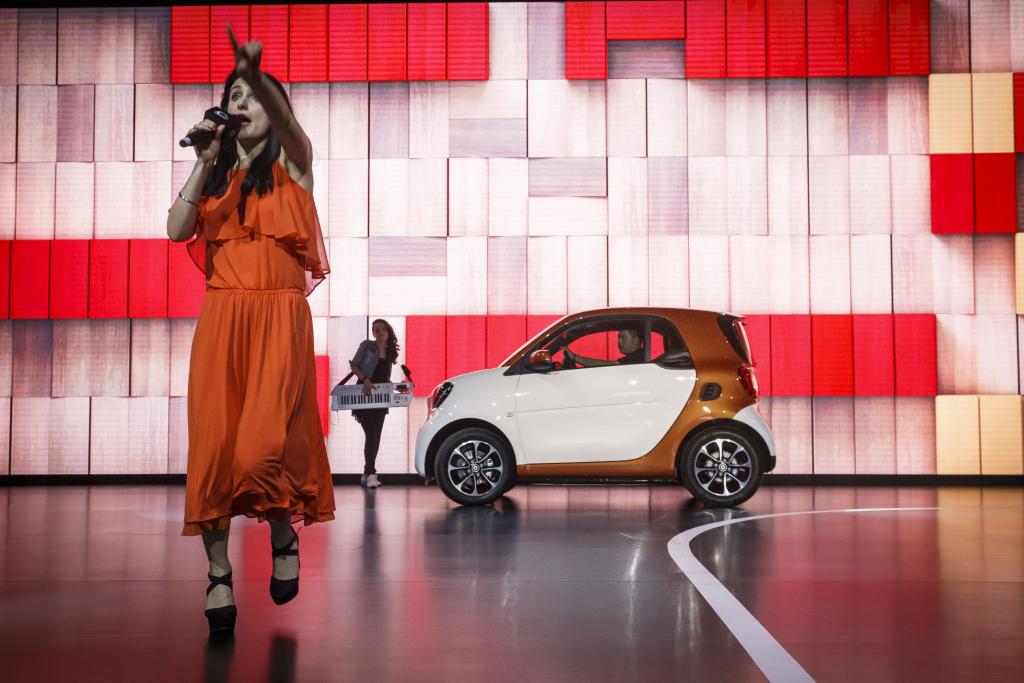 “China is well on the way to becoming the largest market worldwide for smart. We have made high and very successful investments in the brand there”, says Annette Winkler, Head of smart. “The unrivalled agility of the compact smart fortwo and our unique digital car-related services will enable us to win completely new customer groups.”

Just five years after the market launch, in 2014 China (including Hong Kong) had already become smart’s second-largest market (after Germany and ahead of Italy) with almost 18,000 vehicles sold. The brand is thus contributing to the remarkable success of Mercedes-Benz Cars (MBC) in China: in the first quarter of 2015 China was the largest single market for MBC.