Nico Rosberg eventually manages to arrive before Lewis Hamilton, closing in the gap between the two of them in the overall ranking. Felipe Massa preys Vettel’s problems and goes up the podium in the third position.

Rosberg draws the bottom line from the very start, managing to turn the first corner ahead of Hamilton. Things turned out to be in favour of the German from that moment on, as he succeeded in putting an over 2-second gap between him and his chaser. Lewis did not seem to be in the best of shapes, which was also mirrored by the error he made by the end of his pit. The Brit tries to come out into the racetrack as fast as possible and runs over the guide mark of the pit exit area and gets a 5-second penalty from the officials. Despite various vibrations in the front axle towards the end of the race, Rosberg perfectly manages the gain and wins at Spielberg, cutting down Hamilton’s lead up to 10 points in the overall ranking. 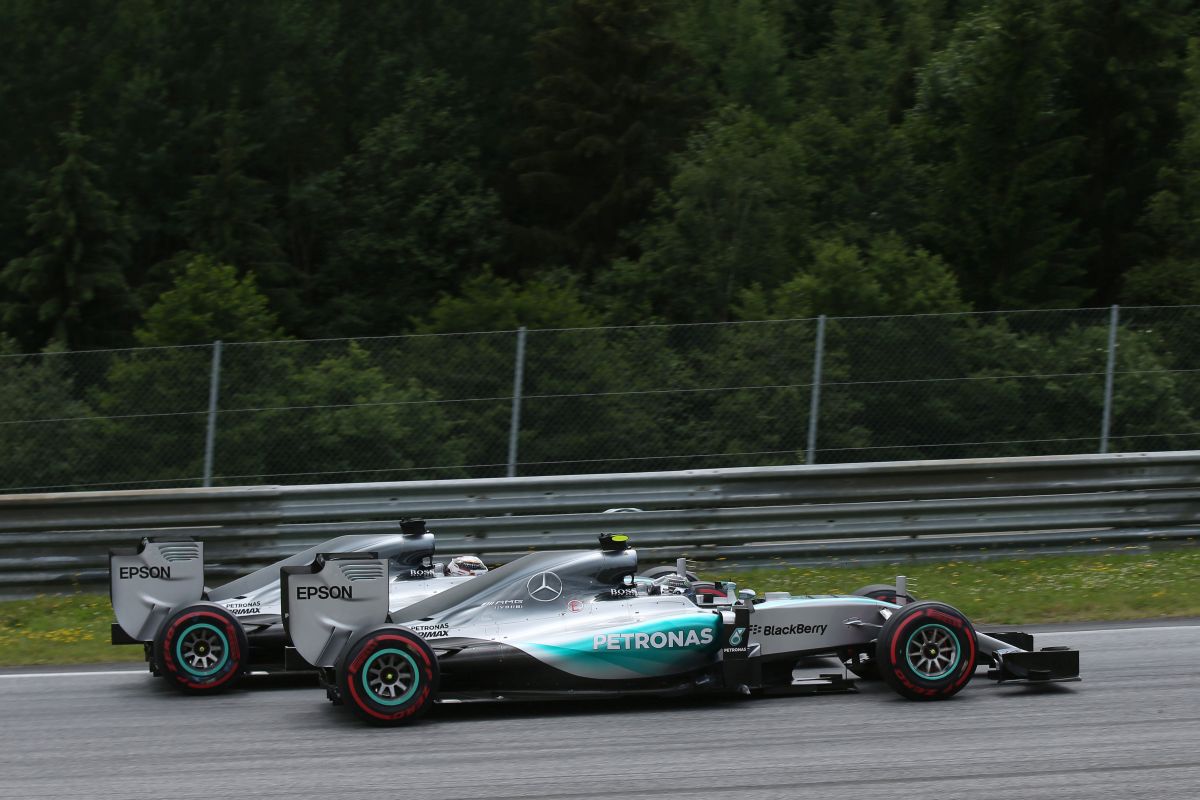 Felipe Massa manages to go up the podium for the first time this season, by the end of a race in which he did not shine, but succeeded to make a stand against Vettel in the last five laps. The German saw himself in the 4th spot, after a pit when the Ferrari mechanics were unable to set up the right rear wheel in time, due to a defect of the bolt nut. This was not the only letdown for the Maranello squad. Kimi Raikkonen was unable to keep his car in control when exiting the second corner and clambered Fernando Alonso. A dreadful accident came up, but both drivers came out the cars on their feet.

Valtteri Bottas finishes 5th, as he was bound to take Hulkenberg over twice, after the German pitted better. Maldonado comes in 7th, after having managed to pass by Verstappen in the final lap, while Sergio Perez finished 9th and Daniel Ricciardo rounds up the top ten.

Felipe Nasr fails to score points in his final laps, but manages to outperform Daniil Kvyat, the second driver in Red Bull. Marcus Ericsson finishes in the 13th spot, after a race which was severely affected by a technical malfunction which meant a 15-second setback and a drive-through penalty due to jumping off the start line. The last driver to cross the finish line is Roberto Merhi. The Spaniard therefore ticks his best result in Formula One, getting the best out of the high number of retirements.

On the list of those who were unable to finish, together with Alonso and Raikkonen, we there find Will Stevens (oil leak), Carlos Sainz (engine) and Romain Grosjean(gearbox).