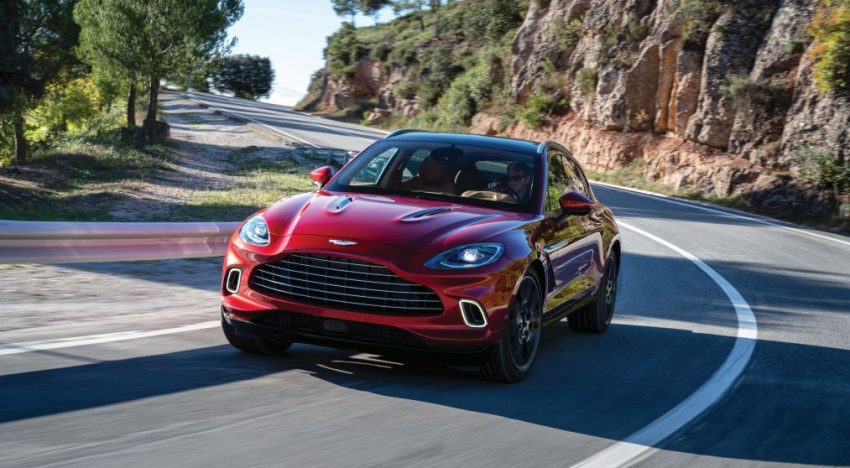 The Aston Martin DBX is now available in China with a new engine. It is the Mercedes-AMG engine with 3 liter 6-cylinders in-line with 435 HP.

Back in the 70’s, Aston Martin adopted V8 engines. The last model to have a 6-cylinder in-line engine was the DB7 and only in the first part of its career. The DB7 Coupe was powered by a 3.2-liter 6-cylinder in-line supercharged engine  with mechanical compressor that developed 335 HP and 489 Nm between 1994 and 1999.

The same engine equipped the DB7 Volante from 1996 to 1999. 6 cylinders in-line disappeared from the Aston Martin offer in 1999. It is now back after 22 years, but for now only for the Chinese market. And it is no longer an Aston Martin engine but a Mercedes-AMG engine with which Aston Martin has a technical partnership. With a cylinder capacity of 3 liters, single turbo, 48V mild hybrid system and a small Borg Warner mechanical compressor that works at start-up until the turbo comes into operation, it develops 435 HP and 520 Nm. This engine is found on AMG 53 series models such as E 53 and AMG GT 53 4 doors.

Although the dynamic performance is only slightly lower, the Aston Martin DBX Straight-Six is ​​much more economical. While the version with a twin-turbo V8 engine consumes an average of 14.3 l/100 km (CO2 emissions of 323 g/km), the  6-cylinder in-line model promises a WLTP consumption of only 10.5 l/100 km
(CO2 emissions of 250 g/km).

But Aston Martin rules out a launch of the new Straight Six version outside of China.