Around the world in five years in a vintage Mercedes-Benz

What will you do when you will be grey and old and retired? Well, a couple from New Zealand, Fred and Elisabeth Smits, that feels young at heart, started a world adventure onboard their beautiful classic Mercedes-Benz from 1957.

The travelers have lived for decades in Wellington, New Zealand, but they had emigrated from Netherlands, when they were teenage sweethearts. Their story is as romantic as can be: they were born on the exact same day, one year apart. And – they claim – they never fight.

“No arguments.” says Fred. “The driver is always right.” 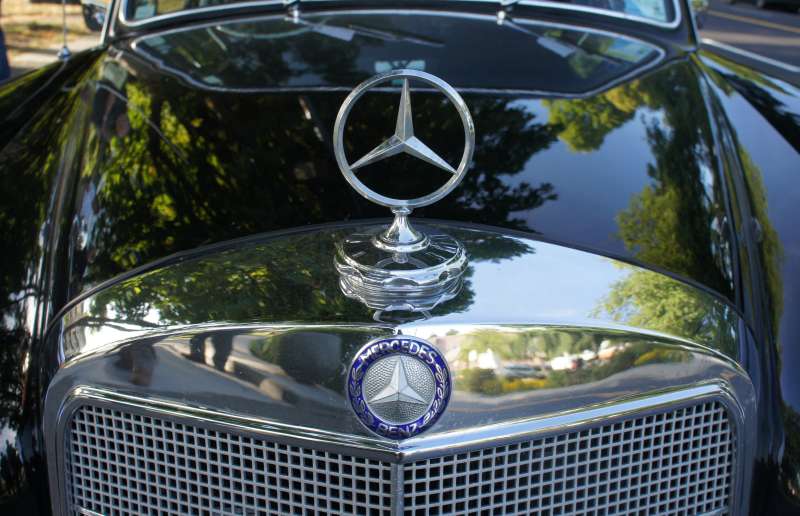 Fred is the driver, but the misses is his navigator/partner/wife and she’s got plenty of work herself: she is the one working on every detail of the travel, including routes, mapping, insurance, customs, visas and the usual talk from the passenger’s seat, including “Oh, you’re going a bit too fast, dear!”

They had bought their 1957 Mercedes-Benz 220S in the early 2000s and had clocked 56,000 kilometers touring through New Zealand.

The Mercedes-Benz Ponton Series was the German manufacturer’s first post war mass production redesign. A total of 584,254 were built between 1953 and 1962. More than 55,000 examples of the 220S model rolled off the assembly line in Stuttgart. These cars won many endurance trials and road rallies.

After running several research tests on the Mercedes, they decided the old engine was strong enough to endure the adventures of the open road on a five-year journey.

“The car is like a big black magnet for people,” Fred Smits says.

The couple set out for a 130 000-kilometer world tour starting the spring of 2014. But their vintage Mercedes needed a complete makeover. It took 18 months to rebuild it from scratch. They named the car ‘Abel,’ after the Dutch explorer who was the first European to discover New Zealand. They finally hit the road in Los Angeles in August 2014. They started out touring around California to car museums, vintage races at Laguna Seca, the Pebble Beach Concours d’Elegance and other must-see places. 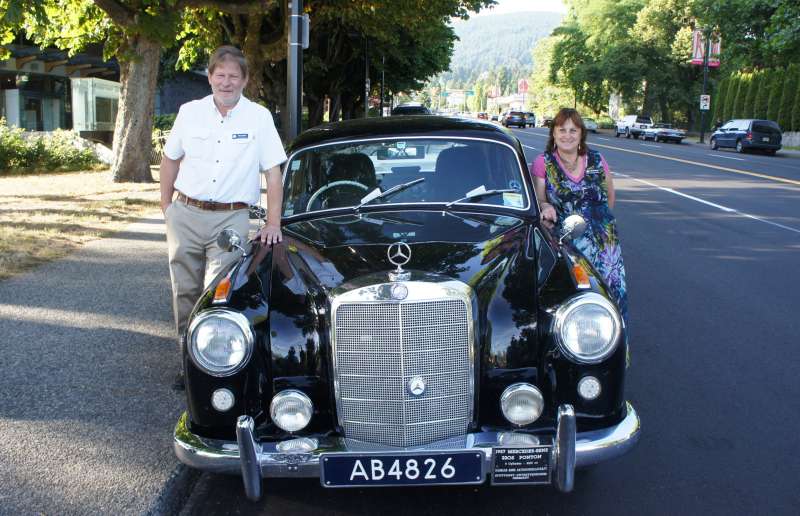 But the big highlight of the trip was flying their three children to meet them in Las Vegas. There, they renewed their marriage vows and got remarried by the Master of Ceremonies ‘Elvis’. Naturally, the wedding car was none other but the vintage Merc.

When they arrived in Vancouver, they had already been travelling for 377 days, had driven for 38,586 kilometers, had covered 42 U.S. states, two Canadian provinces, overnighted in 64 different places, had hit snow in Flagstaff, Arizona, and then four days of massive rainfall in Nashville, Tennessee. They had broken four pairs of eyewear, one plate and had accounted for one road-kill: the victim was a suicidal squirrel.

Now they are back on the road in their vintage Mercedes-Benz, touring the U.S. for two months. They plan to spend the winter in Mexico, where they will be moving from place to place, before heading through Central and South America. After ticking the Latin world, they will ship their Mercedes to Europe, to continue their odyssey in 2016.