Maybe it was not one of the most captivating races ever, but there was sure much going on backstacke or around the racetrack. The Australians welcomed the Oscar winner Charlize Theron and the former Terminator, Arnold Schwarzenegger.

No sweat for Mercedes, but it was a rough day for the occasional reporter Arnold Schwarzenegger. The former Governor of California interviewed the pilots who finished in the first spots of the Australian Grand Prix. The 30-year old world champion Lewis Hamilton was so excited to be face to face with the former Terminator, as the crowd chanted his name: “Arnie, Arnie, Arnie!” 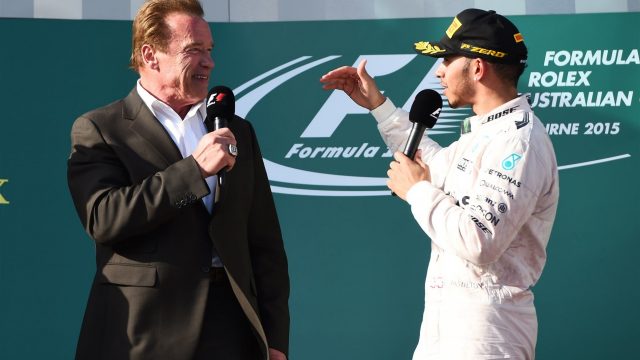 Lewis Hamilton to Arnold Schwartenegger: “I thought you were taller!”

But Lewis Hamilton does not go along with the diplomatic strategy and tells 67-year old “Arnie”, who has also gained a few pounds: “I’m very honoured to be up here. And I thought you were taller in the Terminator!”

Schwarzenegger says to the winner of the Melbourne race: “Let me guess, if I ask you about Malaysia, you will say ‘I’ll be back!”

But Terminator did not get all the attention in Australia. The South African-born Charlize Theron dazzled in a demure white suit and wearing bright red lipstick. 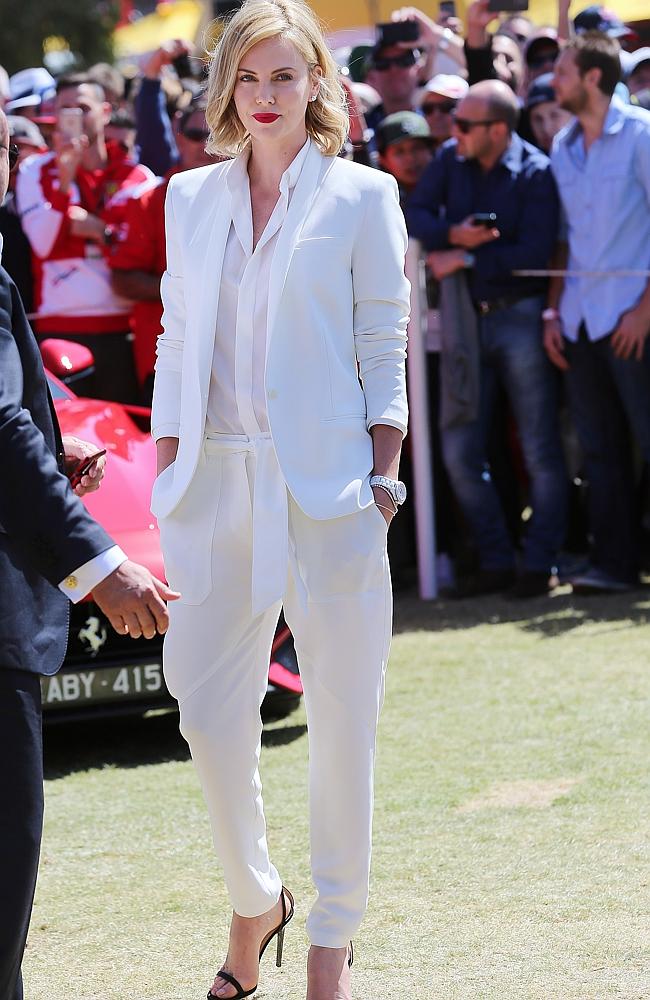 Charlize Theron made a half a billion dollar mistake. At the Australian Grand Prix, she miscalled the name of the brand she’s advertising for.

The Academy Award winner was there together with her partner, actor Sean Penn, making an appearance for a company paying her $500 million. But all that money doesn’t back up memory. Unfortunately for her and for the brand she’s representing for half a billion dollar, she miscalled their name, saying “Capitol Hill” instead of “Capital Brand”.

“So I’m really happy because I love Australia and I haven’t had the opportunity to spend a lot of time in Melbourne,” the South African blonde said.

It was a very smart move to her to just admit she did not know much about Formula 1 though: “I don’t know enough of the sport to be able to say anything, I’ll just embarrass myself. I’m just very happy to be here. I like a good race, and you know, that’s all I’m going to say.”

The home former tennis player Lleyton Hewitt also watched the race in the VIP box in the Paddock Club together with the Australian actor Eric Bana.