And the Oscar goes to… Mercedes-Benz!

On Hollywood’s biggest night of the year, Mercedes-Benz had their very own Oscar viewing party in a five star hotel in Beverly Hills. The Academy Awards ceremony kept everyone hooked until midnight in the U.S. and until the early morning hours in Europe. “Birdman”, starring Michael Keaton, came out on top to win the Best Motion Picture Award.

It was a night full of stars in Hollywood. And we’re not talking only about the Mercedes-Benz stars right now.

It was “Birdman” who flew straight into the Oscar award, as the movie was chosen the Best Motion Picture from the eight nominees (American Sniper, Birdman, Boyhood, The Grand Hotel Budapest, The Imitation Game, Selma, The Theory of Everything and Whiplash were the other seven).

But the main character in full decay, played by Michael Keaton in “Birdman” did not impressed the jury, as the award for Best Actor went to the young actor who starred in “The Theory of Everything”. After getting a Golden Globe, Eddie Redmayne got the Oscar for playing the part of Steven Hawking, the British scientist considered to be a genius, despite being heavily affected by the ALS disease (amyotrophic lateral sclerosis). 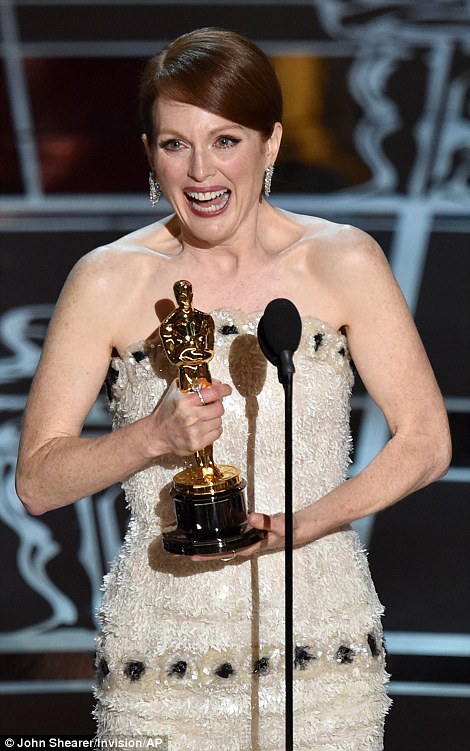 The “Birdman” team needed a Sprinter van to put all the trophies they were awarded with. Alejandro Gonzalez Iñárritu was given the Best Director designation. They also managed to reign over their rivals running for the Best Cinematography and Best Original Screenplay.

J.K. Simmons, playing a jazz teacher with extreme methods in “Whiplash”,dragged home the Oscar for the Best Supporting Actor.

Patricia Arquette was chosen Best Supporting Actress for her performance in “Boyhood”, the movie shot in no less than 12 consecutive years! 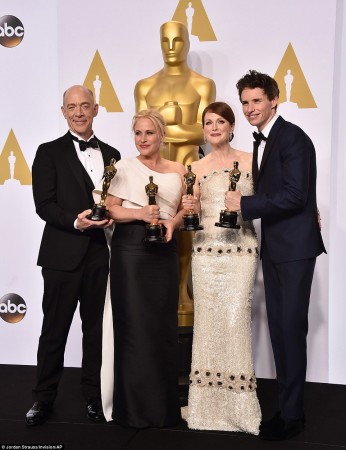 The Science Fiction fans were satisfied: Interstellar defeated X-Men, the Guardians of the Galaxy, Captain America and Dawn of the Planet of the Apes to get the Oscar for the Best Visual Effects.

Best Visual Effects
Captain America: The Winter Soldier
Dawn of the Planet of the Apes
Guardians of the Galaxy
Interstellar
X-Men: Days of Future Past