An army of G-Class. Lorinser sells over 30 such military vehicles

A German tuner sells over 30 Mercedes-Benz G-Class models from the 1990s with a starting price of 15,200 euros, which makes them as affordable as a compact car.

Lorinser is the tuner that also activates as a dealer in Germany and is one of the only 46 across the country allowed to officially make use of the „Mercedes-Classic Partner” tag.

The G-Wagens, used by the Swiss army some 30 years ago, are available in several body variants: a three-door long-wheelbase variant can be bough as a convertible with eight seats, either as a hardtop with four seats. The first comes with folding seat benches mounted lengthwise, while the latter features individual seats with armrests and metal tables between them. 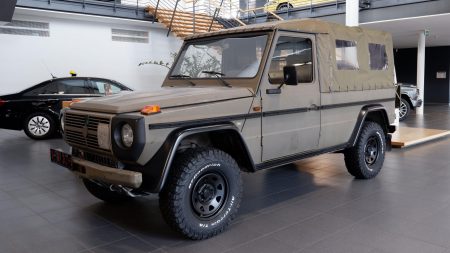 All of them are equipped with a four-wheel drive system, a four-speed automatic gearbox and a rear-differential lock. Under the bonnet, there are 2.3-liter four-cylinder gasoline engines, but Lorinser gives no information on the mileage of each of the military vehicles.

The Mercedes-Benz C 450 AMG by Lorinser. It takes more than a magic trick 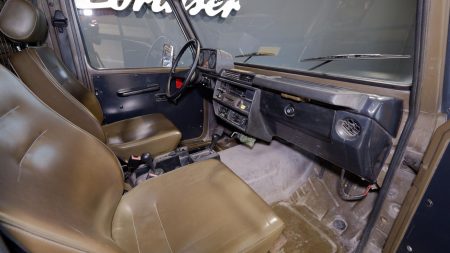 16-inch Dotz wheels and all-terrain tires, together with wider fenders can be optionally added for 4,000 euros ($4,500). LED lighting, redesigned seats and a new suspension are also on the option list.