There are only a few things that define a true sports car and while most will say that it’s all about steering precision, throttle response or shifting speeds, there are those who would give it all away for a hair tingling engine sound. Well, regardless of where you stand on true sports pedigree, prepare to have your hairs tingled.

It’s no secret AMG pays a lot of attention to the engine sound of their cars, with solid proof coming from all the previous incarnations – from the “tiny” A45 AMG to the frightening SLS AMG. As some of us have already learnt, it’s enough to have an AMG car pass you by at full throttle and it’s done, that’s a sound which will stay with you forever. You’re hooked for life.

In all fairness, it’s not just the engine. In fact, most of the thunderous crackling you can hear coming from this AMG GT comes from the exhaust system which is happy to put on a show stealing performance every time the engine is switched on. 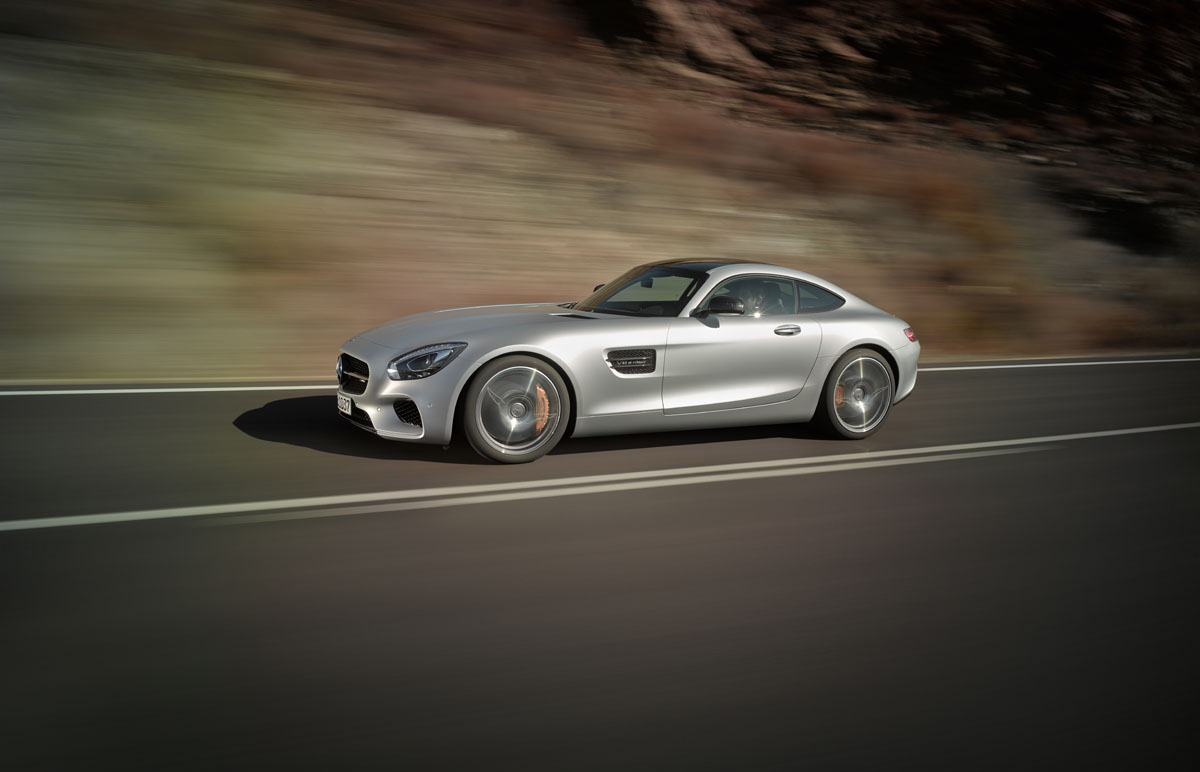 Engine sound? It’s an image so… you’ll have to use your imagination

Still, the angry rumble you can hear at idle serves only as a warning for what you can expect once the gas pedal is called upon. If “purring” is a word used very often to describe the engine sound at idle, it certainly doesn’t cut it for the new Mercedes-AMG GT. Unless, of course, it’s an angry tiger with a severe cold that’s doing all the purring.

To put it mildly, the sounds you are about to hear would make you throw yourself to the ground and pray for dear life if you were inside a war zone. There’s nothing soft or cute about them, they’re simply an explosion of rage and potency that finds itself in a bit of a discrepancy with the candy looks of the car. Well, they do say that looks can be deceiving, don’t they?

So, whether you’re an engine sound nut (to which I confess) or you get your kicks elsewhere, you can thank us in the comments for this little treat.