All-new Mercedes E-Class Cabrio rendered. Would you love it?

Mercedes’ modular MRA platform, already underpinning the C-Class and S-Class, will sit at the base of the new E-Class Cabrio. The new four-seat drop-top will make extensive use of lightweight materials such as aluminum in order to become lighter, more rigid and more efficient.

Heavy disguise aside, the prototype caught by our spy photographers shows clear design similarities with the bigger S-Class Cabrio, as well as with the recently unveiled C-Class Cabrio. The sloping soft-top abruptly tapers towards the rear, whose shape has been interestingly hidden with what appears to be a fake boot – not very dissimilar to the one used by BMW’s rivalling 6-Series.

The engine range is also expected to mimic the one offered alongside the E-Class sedan, which means the 2017 Mercedes E-Class Cabrio will receive all-new four and six-cylinder modular units constructed from a multiple of identical 0.5-liter cylinders.

Not yet confirmed are the brand new 3-liter in-line six-cylinder turbo (code M256), said to develop as much as 450 PS in Mercedes-AMG E 50 4Matic guise, plus the new family of 3-liter diesels with 313 PS. At the upper end of the range the AMG 63 will offer 612 PS courtesy of the AMG sourced 4.0-liter bi-turbo V8. The new nine-speed automatic transmission will be standard. 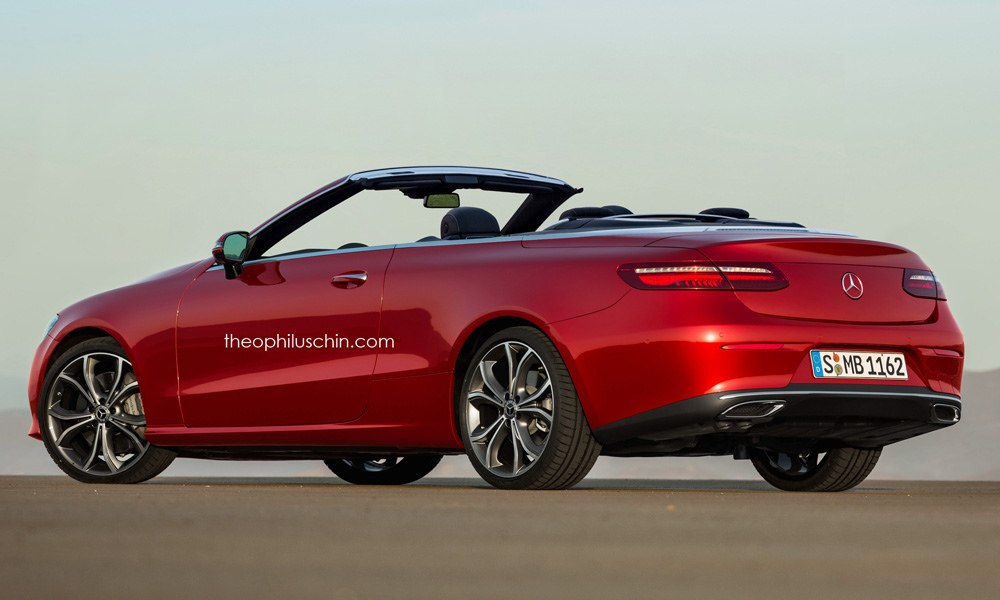