All-new Jaguar XF launches next week. Should the E-Class be worried?

Mercedes-Benz E-Class gets a fresh contender. All-new Jaguar XF will be unveiled online in a live video feed set to air on the 24th of March. Public debut will take place next month, at the New York motor show. Should the Merc be worried?

Jaguar has released a sole exterior image and not a particularly revealing one, we might add. All we see is an aerial view showcasing a set of sharper creases on the bonnet and what appears to be more fluid, coupe-like profile.

We can be sure, though, that the new XF adopts the latest Jaguar design language, with clear influences from the more recent crop of models. Styling cues look set to be taken from the smaller XE sedan, including its coupé-like silhouette and a bolder, scaled-up interpretation of the signature Jaguar grille, making it instantly recognizable in the rear view mirror. 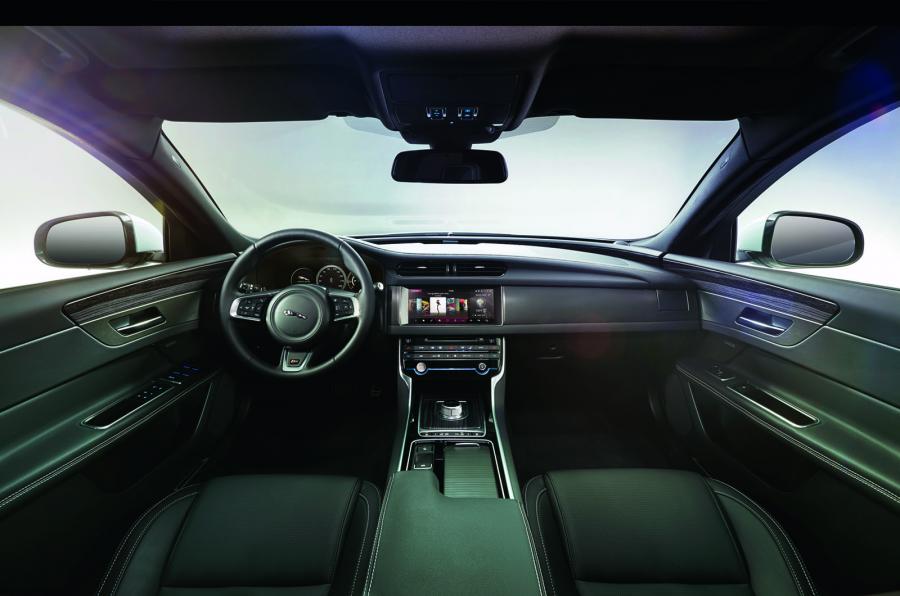 Based on the firm’s scalable, aluminium-intense iQ[Al] platform that also underpins the XE, albeit in a longer, wider variant, the all-new XF is likely to feature the same range of brand-new Ingenium engines as the recently launched Mercedes C-Class rival. The most frugal diesel version is rated with a mixed consumption figure of 4 liters per 100 km. The interior is also familiar in therms of layout and gadgetry with the new infotainment system at its core.

The XFR and XFR-s will continue to play the role of halo models for the British brand, with an extreme 600 HP-plus version also in the cards, trumping the mighty Mercedes E 63 AMG S in the process.

The current generation XF which has been on sale since 2007, while the new generation is expected to go on sale in the autumn.