All-new 2019 Mercedes-AMG A 45: Its final power output is official

It is official! The next generation Mercedes-AMG A 45, due this year, will be available in standard version and in “S” guise, with more than 400 hp under the hood.

Mercedes-AMG presents in detail the turbo 2.0-liter four-cylinder engine that will power the strongest versions of the new compact Mercedes range, namely the A 45 range, whose renewal will start with the new A-Class.

Named M 139, this engine will replace the M 133 of the previous generation. It will be assembled by hand in a new workshop at the Affalterbach plant in Germany, according to the “one man, one engine” principle dear to AMG.

The M139 engine is rotated around its vertical axis by 180 degrees compared with the M133 and the M260 used in the 35 models. This means that the turbocharger and the exhaust manifold are now positioned at the rear, on the side of the firewall when viewed from behind and the intake system is positioned at the front.

With these numbers, performance is making a significant step forward. The previous Mercedes-AMG A 45 range culminated at 381 hp and 475Nm. With 421 hp, the all-new 2019 Mercedes-AMG A 45 S will take a step ahead of the current Audi RS3 and its five-cylinder 2.5L TFSI engine with 400 hp.

Mercedes-AMG has already announced the presence of a standard all-wheel drive system with “drift” mode for the next A 45, which should also be automatically equipped with an automatic transmission. The A-Class Saloon, CLA, CLA Shooting Brake and future GLA and also the GLB should all be gradually entitled to a Mercedes-AMG 45 declination in the near future. 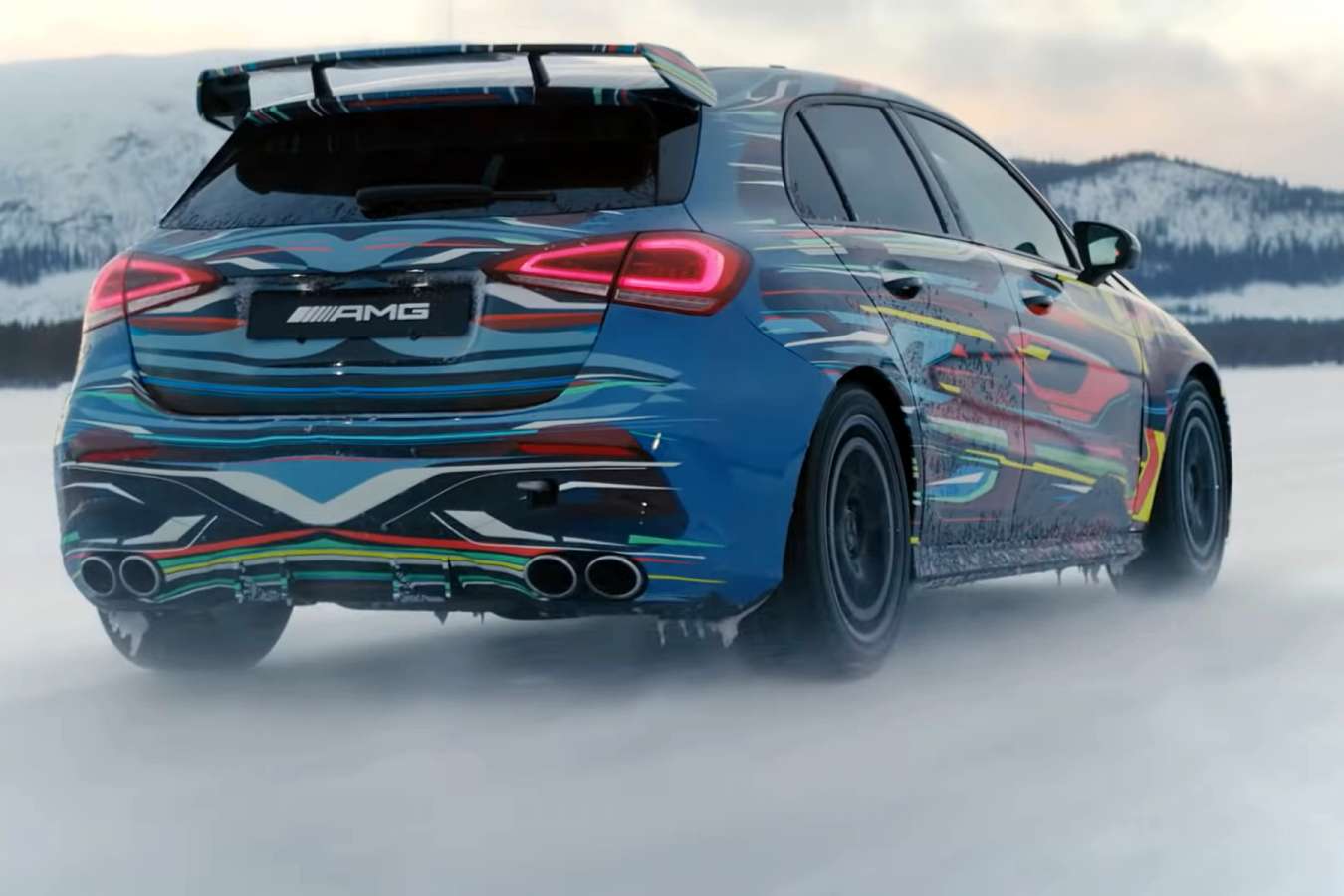