Home About us
MercedesBlog.com is a global website about the Mercedes-Benz community,the  Mercedes-Benz products, the Mercedes-Benz lifestyle and other connected fields. The website is dedicated to all fans of this famous brand, from all over the World. According to Social Bakers, the best-known market research company for the social web, there are over 15 million Mercedes-Benz fans on Facebook. Our aim is to bring together and to create a community of Mercedes-Benz fans from all over the world.
The website has published the latest news, test drives, photos, spy photos of the Mercedes-Benz brand. Considering that the Mercedes-brand does not only mean passenger cars, we also have a division for commercial vehicles and trucks.
From the funny Smart to the giant Actros, without failing to mention the Unimog, the motorsport or the tuners, we want to cover everything about this reputed brand. Mercedes-Benz has a mythical history. For this reason, we dedicate a classic section about the most famous Mercedes-Benz models and about classic events and anniversary dates. We also include both a lifestyle section and a video one.

MercedesBlog.com is in NO WAY affiliated or owned by DAIMLER AG. MERCEDES-BENZ is a registered trademark of DAIMLER AG.

Our target is to have a global coverage of all fields and related fields where Mercedes-Benz is active, and our intention is that Mercedesblog.com becomes an aggregator of information about Mercedes-Benz.

Razvan Magureanu (47) has worked for almost 20 years as an editor in chief for licenses of the well known international titles Auto Motor und Sport and Auto Bild on the local market. During these years, under his editorial management, local editions of Auto Motor und Sport and Auto Bild were the leading car magazines. He has tested more than 1,500 different cars and he has driven test cars more than 1.5 million kilometers.
Florin Micu (46) started his automotive media experience more than 20 years ago, together with one of the most important European media house – the Swiss company, Ringier. Based on this global background, he became one of the most important investors in the local automotive press. Today he is managing media like AutoExpert, YachtExpert, AutoExpert Flote. He considers that the best way to present a car’s value is to compare it with others of the same category. MercedesBlog.com will benefit from his knowledge and we also wish to share it with our readers.
Mihai Baltac (46) is a well-known business owner in the field of automotive after-sales. He has an international experience, working with brands such as SNAP-ON, TOTAL, KARCHER, and he also is a Mercedes-Benz fan. Mihai has owned several Mercedes-Benz vehicles: the E-Class, the CLK-Cabrio, the ML, the S-Class, the VITO Marco-Polo, the SPRINTER, thus being the witness of the great development on quality of Mercedes-Benz after-sales services during the past 20 years. 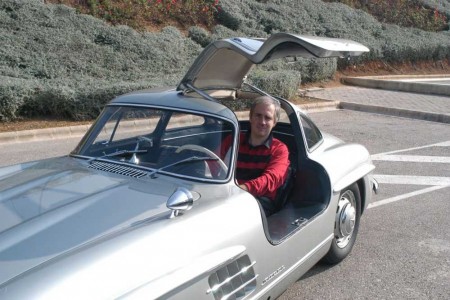 I am heat engine engineer and, since I was a child, I have been enjoying writing about cars. Starting in 1993, I started making car magazines and for almost 20 years, I have worked as senior editor and then editor in chief for international licenses, like Auto motor und Sport and Auto Bild, which were, for many years, car leading titles in my native country.

This past summer I took another challenge and I had the idea to try to build a Mercedes-Benz website, where Mercedes-Benz fans from all over the world could information from all fields Mercedes-Benz is present in. Why Mercedes? Because I have a traditional connection with the Mercedes brand.

My master degree subject was the dynamic calculation of a 3 litre 188 HP 6 cylinder in line petrol engine, similar in characteristics with the famous engine in the 300 E (code W 124), at the end of the 80s . For many years, I have been a tremendous collector of Mercedes models and I have always been fascinated by the S-Class family, that combines fine elegance and modern luxury with superb comfort and top quality. 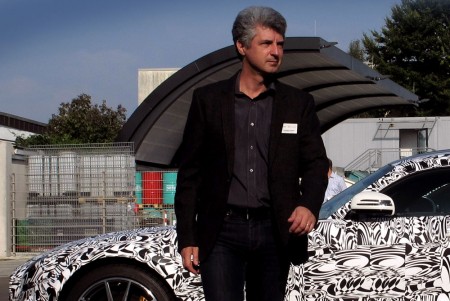 60 years after the debut of the “sportscar of the 20th century” and 20 years after the start of my own career as an automotive journalist, I’ve certainly learned something: in life, things will never go exactly like we would plan, prefer or wish them to happen. But here’s the fun and the challenge that keeps us moving. Let’s rock! – as they used to say. Beyond the cars themselves, Mercedes-Benz has always represented, for me, a summum of valuable criteria to follow: fine harmony between concept and performance, highest possible quality, safety above expectations and all these with grace, in a respectable style! As a young student in design, I considered Paul Bracq and Bruno Sacco (they created the modern Mercedes design) as my virtual mentors. At the beginning of the nineties, I got a free subscription at a French car magazine by winning a design contest for enthusiasts with a Mercedes-Benz oriented idea – it was a SEC-based coupe with restyled body and gullwing doors. A major achivement in my professional life came in 2004, when I succeed to publish the book “Way of the Stars”, about the history of the Mercedes SL series. I think the time has come for me to share as much as possible of the Mercedes-inspiration that guided me like a shining star through the years.
So… here I am! 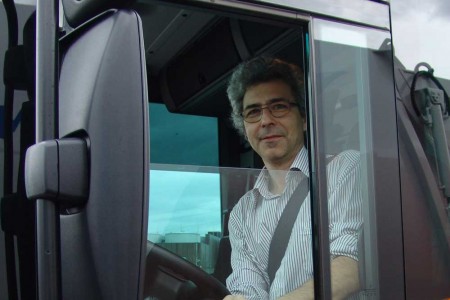 I have long connections with the Mercedes-Benz brand and the truck family. In 2003, I was invited, as a motor journalist, to the Michelin Challenge Bibendum in San Francisco and on the Sonoma Track, where I have driven a demo Freightliner (!) garbage truck. My very first contact with the star was a W115 in ’75, which I washed few times. Few years later, I was falling in love, for the first time, with a Düsseldorfer bus. Then, I heard about the Unimog and I changed. My first owned car did not a star on the hood, but my first truck was a Kurzhauber. First truck that I slept in was an Actros, somewhere in Northern Europe. My first van was a Dodge Ram (pre DaimlerChrysler) dieselized by myself, with internal organs from a Sprinter. My first driving report was about the first Sprinter generation. After that, for 20 years, I have been writing stories about all kinds of classes from the A to the V, but none with such pleasure like with the trucks. Every time I go up in a Unimog or in a Sprinter, I understand what “Zen” means. I was hearing truckers saying, so many times: “A Mercedes is a Mercedes!” Really, what other truck brand is more popular than Mercedes-Benz? Sure, many people hate this, but none can ignore. Coincidences or synergies between me and Mercedes-Benz, who knows? From now, this is the place where I will share all my experiences regarding star trucks. Even Western Star.

I am 30 years old but my flaming passion for cars started back in the 90s when I got my first Mercedes 300 SL as a birthday gift. A 1:18 scale model, of course, not the fully fledged Gullwing icon.

I grew up admiring the work of Razvan Magureanu and Florin Micu, devouring month after month, issue after issue, each of their columns. Oh, the irony of life. A couple of decades later, I still dare to dream, working together with my very idols, striving to make MercedesBlog a voice to reckon with. Yes, you’ve guessed it. I am a motoring journalist, a man obsessed by anything which runs on and breathes gasoline.

I love cars, I love Mercedes-Benz, driving, testing, day after day, a flamboyant and unexpected mix of supercars, luxury limos, evergreen icons or humble everyman’s cars. A passion influenced only by my infinite obsession for automotive art. So, you petrolheads out there, I salute you! Dare to dream, dare to follow your heart. Dare to love Mercedes-Benz. 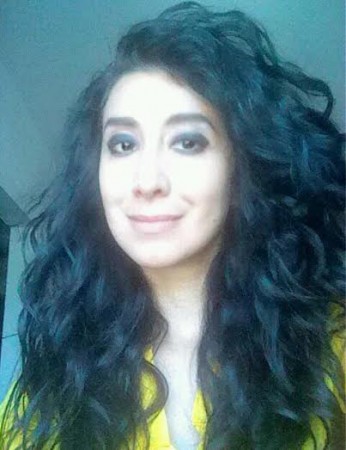 It all started with a Mercedes-Benz 500 parked in front of my apartment building in the early 90’s. It was a giant. It was a quadrat. And I was mesmerized by those sharp angles and solid silhouette. “When I will grow up, I will buy one just like that”, I said. I was 8. And now it’s a bit too late. Too late for that square-like Benz. Since that very moment, every single year, I chose a different favourite car. But every single every year, the name of it started with “Mercedes-Benz”. I am not even going to mention my number one favourite today. Who knows which one it will be tomorrow?

All I can say is that by the age of 8, I could recognize any car brand just by seeing a single headlight. Now it’s enough to see a door handle sometimes.
But before getting to the door handles, my journalism career started back in 2001, in a Sports newsroom of a television company. I was 18 and a first year student in the Journalism University. And oh, yes, it was my dream come true! I watched soccer, tennis and of course, car races, anything with a ball or without, day in and day out.
I became a senior editor in 2005. I started watching less and writing more. “Give me a word and I write a book about it”. That was my motto. Simple as that and so effective in television broadcasting.
I have supervised the work in the Sports newsroom for eight years and a half. But things don’t always go according to plan, so I ended up taking advantage of my English… by teaching. My students have noticed that all free conversation lessons draw the… steering wheel towards cars. Am I lucky they like it or what?
The day before taking the job interview for Mercedesblog.com, I posted a photo of the Mercedes-Benz AMG Vision Gran Turismo on a social network, although I had no idea of this amazing project, nor of my future tasks. I do believe in good signs, so that must have been one. And now, here I am, writing about my all time favourite car. But oh, my, those square shapes have changed along the way!