A45 AMG – A fireball for the champion

Lewis Hamilton is obssessed with power. And we’re not talking only about his ability to master the Formula 1 previous seasons, but he’s the man to rule outside the racetrack. And now he’s getting another fire ball to command: the A45 AMG.

With a Mercedes-SLS AMG Black Series and a Pagani Zonda in his garage, the world champion knows exactly what being in command means.

Mercedes has recently handed him over the new car keys. His one and only Mercedes A45 AMG comes in black paint finish plus extra decorative stickers designed by Monster Energy together with AMG. And there was no way Hamilton’s racing number could have been missing from this vehicle. Number 44 is stuck against the rear side windows. 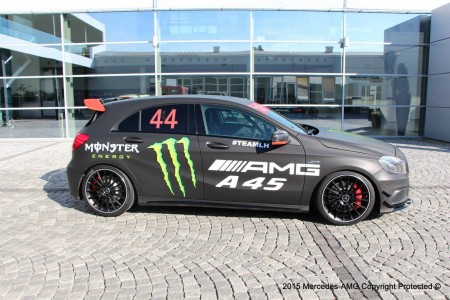 And since it’s a racing car for a racing driver, the A45 AMG has racing harness set for the bucket-like seats. 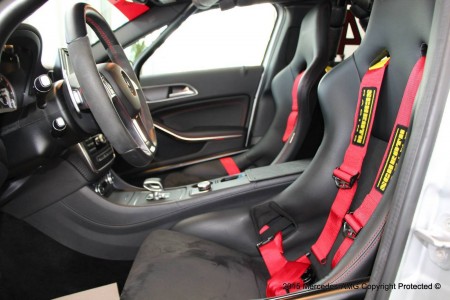 Its perilous looks are not enough though to be taken to the racetrack. Hamilton’s new ride shelters a 2.0-liter turbocharged 4-cylinder AMG engine with a 355 HP power. And a man can dream, right? Inside reports suggest that a facelifted version of this could come up with 375 HP by the end of 2015. 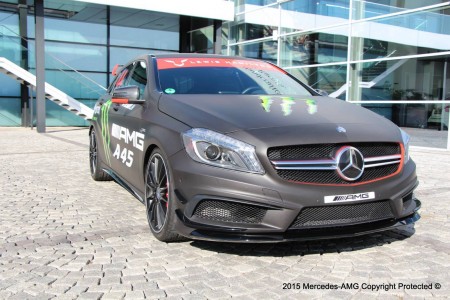 You can see the Formula 1 world champion in another car, the one that put him in the first spot in the Australian Grand Prix, in a week from now, when he will be running to qualify for the race in Malaysia. Stay tuned, as we bring the latest news from Asia!