An entry-level Mercedes-AMG A-Class is on the way, rumors have it. The spy photographers have snapped images of prototypes already.

AMG boss Tobias Moers has recently confirmed for Top Gear that the entry-level A-Class bearing the AMG logo is not going to be an A40, as previously guessed, but an A35. “It’ll be the A45’s little brother”, Tobias Moers predicts. The future car will obviously have a lower starting price, meant to target young customers who are in search of their first personal means of transportation. 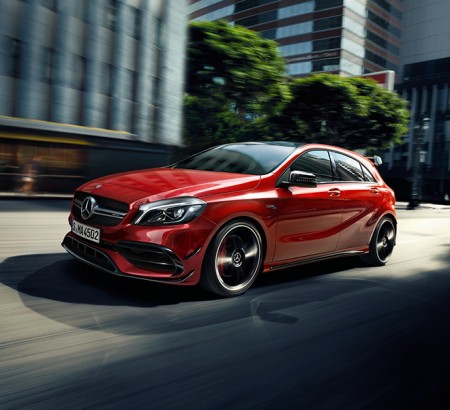 The compact hot hatch would slot beneath A45 with and will join the battle of the segment, against the Audi S3 and the Volkswagen Golf R. the company’s turbocharged 2.0-liter four-cylinder unit with around 340 horsepower available will probably find room under the bonnet of the entry-level AMG.

New figures will make their way into the AMG portofolio. The CLS 53 will debut at the Detroit Motor Show next January, Moers said. As for the V12 engines, he hints that their days of glory are coming to an end. “We still have V12 aficionados, but they’re more into Maybach”, the executive added, “so it could be that this is the last generation of the V12 AMG S-Class.”