Mercedes-Benz DTW, a Silver Arrow for the 21st Century. Unfortunately the beguiling supercar is not an official Daimler creation, but the ‘child’ of Martin Chatelier, a French design student.

The car was penned with the famed 24 Hours of Le Mans race in mind and features futuristic technologies such as 3D printed tires and trick active aerodynamics. Chatelier wants to abolish changing tires at Le Mans: small 3D printers are mounted behind each wheel. The Mercedes-Benz DTW tires are coated while driving with a new rubber layer. The fresh rubber can be applied only in a straight line – but there are plenty in Le Mans.

Contrary to the hybrid wave, Martin Chatelier has decided to equip his imaginary Mercedes-Benz DTW racer with two electric motors and no combustion engine at all. Charging the DTW is a Tesla Turbine, itself powered by two tanks with compressed air mounted laterally to the cockpit. 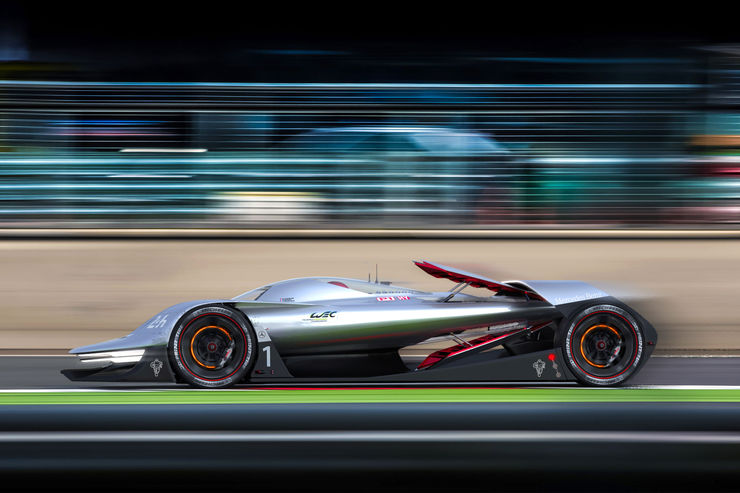 The active aerodynamics helps collect the necessary air for operating the Tesla Turbine. The visionary system is called Aerodynamics Energy Recovery System. The futuristic Le Mans racing car is also equipped with Air Brakes – as once the legendary Mercedes-Benz 300 SLR was. As soon as the driver steps on the brakes, four plates fold out of the body, increasing the drag and shortening the braking distance.

The chassis of the Mercedes-Benz DTW is made entirely of graphene, a form of carbon consisting of planar sheets which are one atom thick, with the atoms arranged in a honeycomb-shaped lattice. It is intended to give the driver better visibility because graphene is transparent, as well as keeping the weight down. 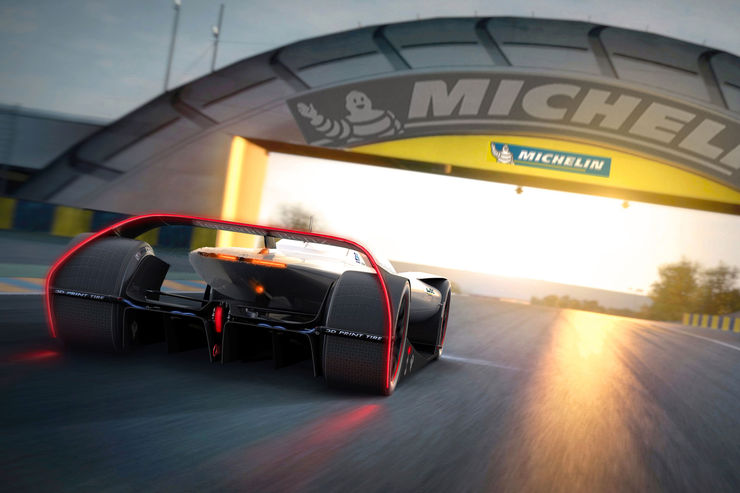 The Martin Chatelier DTW supercar is designed for track use only so Mercedes fans thrilled by the prospect of a mid-engined AMG coupe for the road would better reassess their expectations. The design student from France has drawn the spectacular Mercedes-Benz DTW for the “Michelin Challenge Design” – a competition meant to envision the look of racing cars for the 24 Hours race of Le Mans in 2030.