A promise is a promise. Romain Grojean will drive a Mercedes-AMG after near-death experience

Elena Luchian, May 6, 2021
3.04K 0
Home Auto news A promise is a promise. Romain Grojean will drive a Mercedes-AMG after near-death experience

A promise is a promise. Romain Grojean will drive a Mercedes-AMG in June after his near-death experience during the Bahrain Grand Prix last November.

The Bahrain Grand Prix was the moment Romain Grojean will remember forever. He miraculously escaped the fire ball that his racing car had become. It hit the guardrail, split in two and burst into fire, making onlookers forget how to breathe. Romain Grojean emerged from fire and jumped over the guardrail with the assistance of the driver of the Medical Car doctor. He got there seconds after the car had been engulfed by flames.

The French driver walked out of fire. He had his arms and feet burned, but he is now fully recovered. 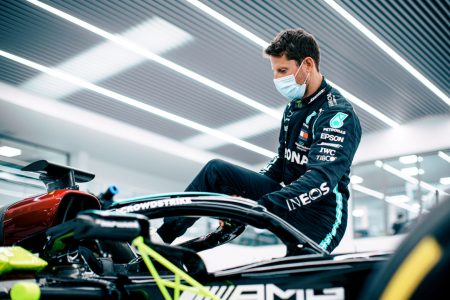 The race in Bahrein was supposed to Romain’s last experience in Formula 1. But when in a hospital bed, he received a proposal. Mercedes-AMG Petronas invited him to drive one of their cars as a final experience on the race track. Mercedes Team Principal, Toto Wolff, was the one who promised him the opportunity. And now it is finally happening.

“I am so excited to jump back in an F1 car. It will be a special opportunity for me and to drive a world championship-winning Mercedes will be a unique experience,” Grosjean said. “I’m very grateful to Mercedes F1 and to Toto for the opportunity. The first I heard about the chance to drive a Mercedes was in my hospital bed in Bahrain when Toto was speaking to the media and made the invitation. Reading that news cheered me up a lot.”

“We are very happy to support Romain with this special opportunity,” Wolff said. “The idea first came when it looked like Romain would be ending his active career in Formula One, and we didn’t want his accident to be his last moment in an F1 car.” 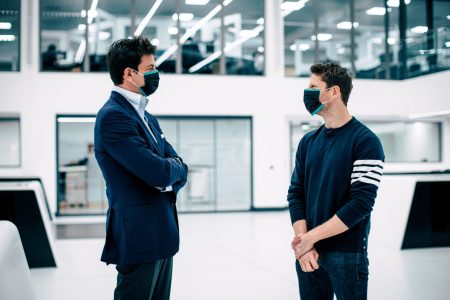 The French driver will drive the Mercedes W10 in a number of demonstration laps at home, at the French Grand Prix, on June 27. A private test day will also take place at Paul Ricard on June 29.