Once you get your hands on a supercar, you can’t just leave it like that. That is so humdrum and so overdue. Even if you have the super flashy Mercedes-Benz SLR McLaren, you have to do something to make it stand out. Especially if you live the land of the super rich, Dubai.

In the United Arab Emirates, even the police officers drive supercars like G-Class SUVs or Bentley Continentals. Are you going to stay behind? There’s no way, especially if your running some petrol or real estate empire in the desert. 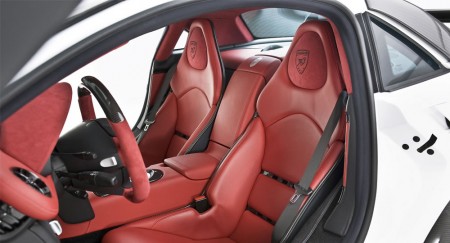 To keep up with the millionaires of the Middle East, an Arabian shiek is driving the Mercedes-Benz SLR McLaren Volcano! The car occasionally erupts in the street of sunny Dubai and it is so easy for him to get noticed, since his car is probably the most recognizable modified Mercedes-Benz McLaren ever made.

If you think that what you see is what you get, guess again! The Laupheim-based tuning company Hamann gave it a little power boost. The SLR Volcano now outperforms the standard SLR by 74 HP (from its standard 626 HP to 700 HP) and reaches a maximum torque of 830 Nm. All that power erupts making the car fire its way from zero to 100 km/h in 3.6 seconds and up to a 348 km/h top speed. These are figures that turn this lava-maker one of the quickest cars out there. 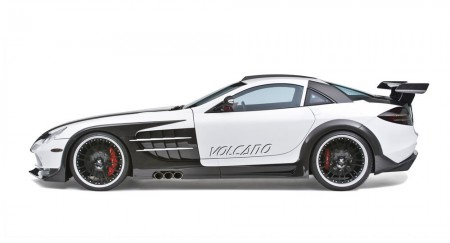 If you wish to buy this exotic beauty on wheels, it’s all yours. The sheik is giving it away. What do you mean how much? You don’t ask how much when you want to get a Volcano. We are going to tell you anyway, just to give you time to get your bank account ready for this fireball. 1.1 million Dirhams, which equals $300 000 or 272 000 euros.