A Mercedes-Benz 560 SEC Koenig is for sale. How much do you need to pay to get it?

A Mercedes-Benz 560 SEC Koenig Special is now for sale in Bremen, Germeny. The Convertible comes with a tuning package that brought a wide body and a massive rear wing.

An ultra-rare vehicle from the 1980s is now for sale in Germany. Tuned by Koenig Specials, the 560 SEC is ever more special. The gigantic spoilers, the redesigned exhaust system and the engine tuning make it a racing beast on the road. Among the famous owners of similar models was actor Silvester Stallone. 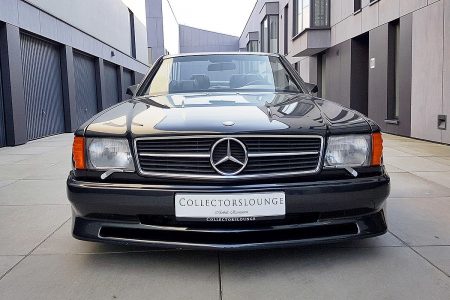 Painted in dark blue, the Mercedes was built in 1989 and reconfigured by Koenig Specials in Muncih the very same year. For 30 years, the car had the same ownership. The driver covered approximately 163,000 kilometers, but claims that the car is in mint condition.

The automobile received an optimized air flow system similar to that of the Ferrari Testarossa and also multi-spoke gold and silver BBS rims. At the rear, they are simply gigantic, featuring incredible sizes of 345/35 ZR15. 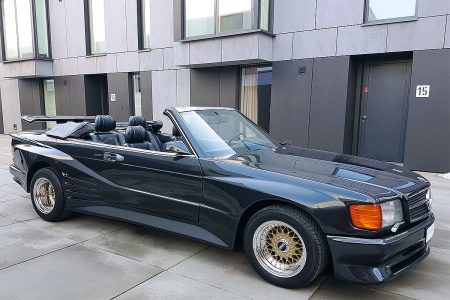 Everything that was extravagant and expensive in the late 1980s was fitted to this car: the huge rear wing, the full black leather interior, the Bose sound system. It also comes with an alarm system, with electric heated seats, a wire phone and wood inserts. 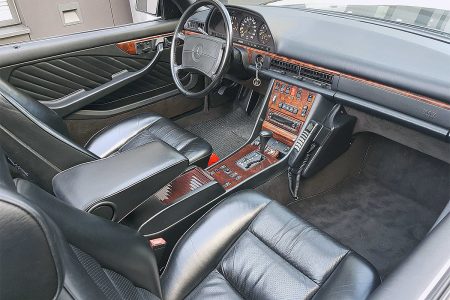 The car is for sale with its complete history and original book for 129,000 euros, impossible to say whether it is either cheap or expensive, since it is the only 560 SEC Convertible Koenig Specials on the market.