A Mercedes-Benz 300 SL restored by AMG is auctioned. Still original?

Several Mercedes-Benz 300 SL original automobiles were restored between 1996 and 2009. If you had the original car, AMG had a magic trick for it: a new engine, new steering, new gear box, new braking system and updated dashboard. You could as well get a 6.0-liter 381-horsepower engine, instead of the original 3.0-liter 6-cylinder unit of 215 horsepower.

The fingers of one hand would be one too few to count the special restored vehicles, reaching eleven units. One of them is going under hammer in Tokyo, at the local car show. A classic restored by a power house should turn the owner into a millionaire. 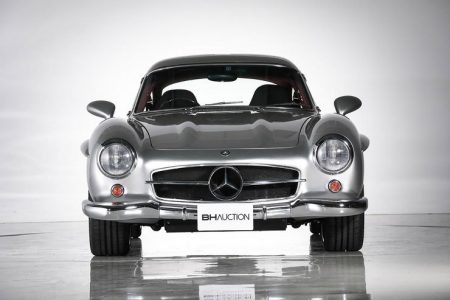 The 1955-Mercedes-Benz 300 SL Gullwing is instantly recognizable, since it received 17-inch AMG wheels and electrically adjustable re-positioned side mirrors. 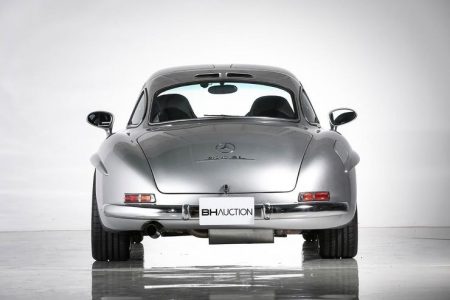 Of course, the new figures required new technical items. So the AMG engineers, granted the Mercedes-Benz 300 SL Gullwing with a new four-speed automatic gear box, a rear axle from the SL R 129, a power steering, adjustable gas pressure shock absorbers and the braking system of the C 36 AMG at the front and of the W 124 at the rear. The car had to find the means to stop from the newly upgraded top speed of 250 km/h. The car has also been updated to a Euro 2 emissions standard, with the help of a catalytic exhaust system. 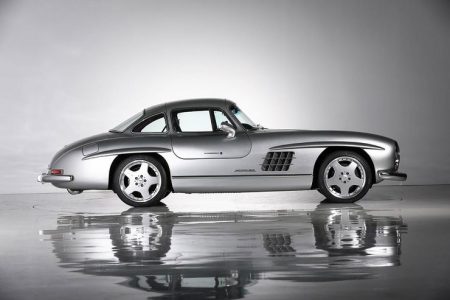 The cabin has also undergone plenty of updating, but AMG wanted to keep the classic flare of the car. It thus kept the original watches of the instrument cluster, but fitted sports seats with three-point seatbelts, a tall transmission tunnel with automatic gear shifter and a massive steering wheel equipped with an airbag. The occupants also benefit from the presence of a modern air conditioning system and sound system. The tall wide sills keep their ground. 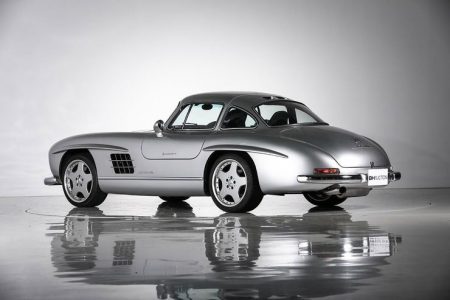 The family of Brunei got five of the restored models. The remaining six were selected AMG customers.

The iconic automobile that is being auctioned in the capital of Japan is one of the only two right-hand drive models, restored in the year 2000. It only had an owner in 19 years. The organizers of the auction are hoping on getting somewhere between 1.1 and 1.3 million Euros. 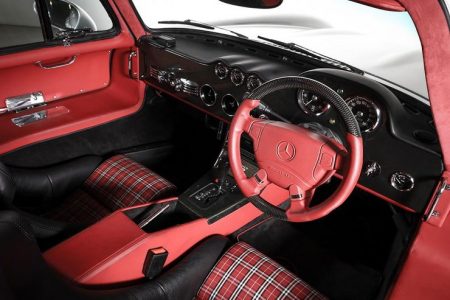