Honey, there is a Mercedes in our bedroom! That would really be a surprise, wouldn’t it? But for this British couple pressing the restart button of their lives in Florida, it’s routine. A glass wall is the only thing separating the master bedroom from their precious Mercedes-Benz 300 SL gullwing and the rest of their cars collection.

One car, two parents, two young daughters left London, heading for Miami to move into a house they had never seen before, not knowing what to expect. It was February 2015 and the family was dreaming about great schools and a modern lifestyle. So El Portal, Florida, some 12 miles from Miami Beach, seemed like a good spot to begin again.

The house was entirely white. A hospital-like cubic construction, a former photography studio, a house that showed up in magazine materials and music videos. Impractical and yet, it already felt like home. “Elo loves everything different. He collects things because they are unique”, says wife Mai. And so it began. 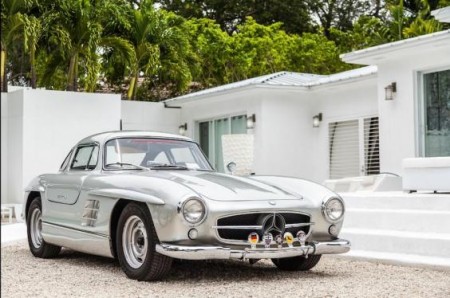 The family now owns and administrates venues hosting 247 cars, most of them exceedingly rare and expensive. All theirs. “I made my money as a runway model and put it into cars instead of a bank”, he makes his long story short.

The Extra Terrestrial Vehicle that showed up in “I, Robot”, starring Will Smith, is parked in their driveway. Elo has recently driven it, when best buddy Dennis Rodman invited him to a party asking him: “Bring something crazy”. And that was it: the wind-powered turbine vehicle looking like a torpedo.  Elo complains everyone is snapping pictures of I each time he takes it out for a ride. Well, can you blame them? 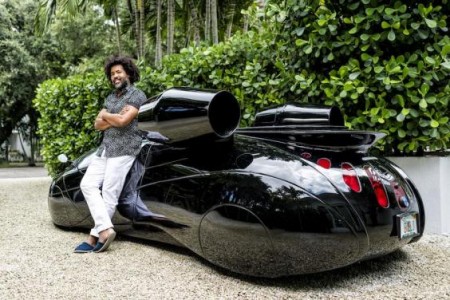 As soon as the family settled in the U.S., Elo opened the Miami Supercar Rooms, an indoor-outdoor showroom full of vintage, classic and custom-made cars. He is a strict negotiator and e merciless transactor. And very meticulous when it comes to his engine properties. There is only a wall of glass separating the master bedroom from the garage, so he can have his precious 1955 Mercedes-Benz 300 SL gullwing under surveillance even at night.

You can read Elo and Mai’s whole story in the August/September issue of INDULGE magazine.