A Mercedes-AMG S63 on the Bonneville salt “racetrack”

It is the place that attracts automakers like a magnet. The Bonneville Salt Flats, that you have seen in the „World’s Fastest Indian” motion picture 10 years ago, is the location where Mercedes-AMG presented their super GT. And now, they are going back there. This time, it’s a Mercedes-AMG S63.

Car enthusiast Alex Roy runs his Mercedes-AMG S63 across the dry lake bed in Nevada, before heading to Las Vegas. “One of the few places you can do anything you want with a car”, says Roy. 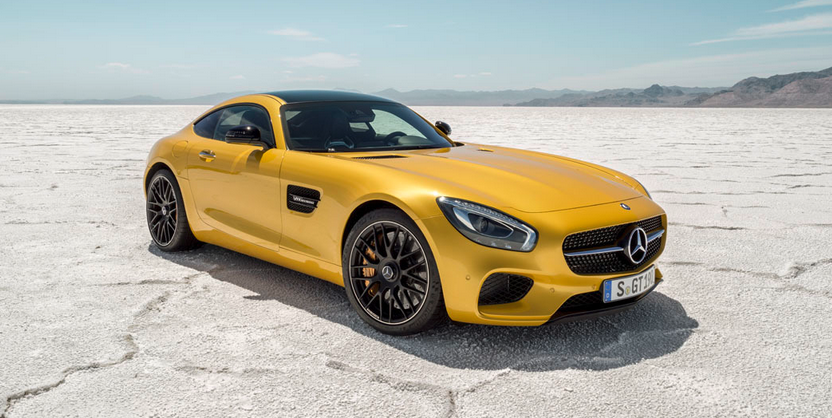 Bonneville. The place where the AMG GT was first shown in September 2014

He puts the V8 577 HP AMG engine to the test, pushing it not beyond its limits, but second best to that, on the spot where the New Zealander Burt Monroe, played by the Hollywood legend Anthony Hopkins, was doing the same with his “Indian” fireball. The movie follows a real story, of a daredevil that set the land-speed world record at the Bonneville Salt Flats with an under 1000 cc engine, in 1967: 190 mph (305 km/h), a record that still stands today.

It is not exactly your usual Autobahn, isn’t it?

Alex Roy takes a few steps on the salt highway, wearing sunglasses and a true cowboy hat. There are hazards to be avoided on the lake bed, so he’s got to check everything out before getting behind the wheel.

Going from 50 mph all the way to 140 and then backing off. He could surely get more out of that S 63 AMG, but he decides to just go gentle on the breaks, making a pledge to go back with every car he owns.

On the way to Las Vegas, the car that used to sport a bright blue paintwork looks as if it rolled over in dirt. But Alex Roy gives drivers in search of adrenaline, a tip on how to make it at least roll the right way again. Check it out!