The German tuner Mechatronik offers for sale a Mercedes 190 E 2.5-16 EVO II with only 9,307 km on board. the car is in perfect condition.

EVO I was produced in 502 units as well as EVO II with the mention that all 190 E 2.5-16 EVO II were sold even before the start of production.

Of the 502 specimens, 500 were painted in blue black colour and specimens 501 and 502 in astral silver. The german Mechatronik tuner that modifies classic Mercedes models with modern technology offers for sale one of the 500 blue black units with only 9,307 km on board.

The model for sale was produced on May 13, 1990 at the plant in Sindelfingen and on July 13, 1990 it reached the Mercedes dealer in Augsburg where it stood for 8 years as a showroom car. 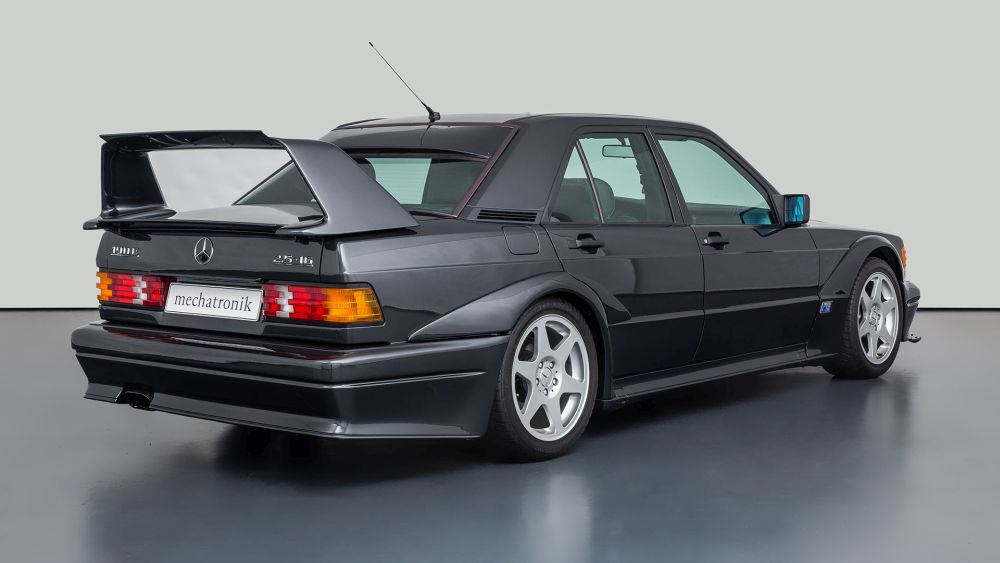 In 1998, the car was bought by the well-known racing driver Gunter Thiel. The highlight of Thiel’s career was winning the 1957 1000 km race with a Mercedes 300 SL with butterfly doors.

Thiel kept the car in his garage in Germany for two years and exported it to Switzerland on March 28, 2000, when it had only 3,900 km on board. For 19 years the car remained in Thiel’s personal collection which went very little with it. It now has only 9,307 km on board.

The overall condition of the car can be described as new. Detailed paint layer measurements leave no doubt that the car has the original paint. The interior is also in the same condition in which the EVO II was delivered 30 years ago. The black leather and checkered textile upholstery looks gorgeous. 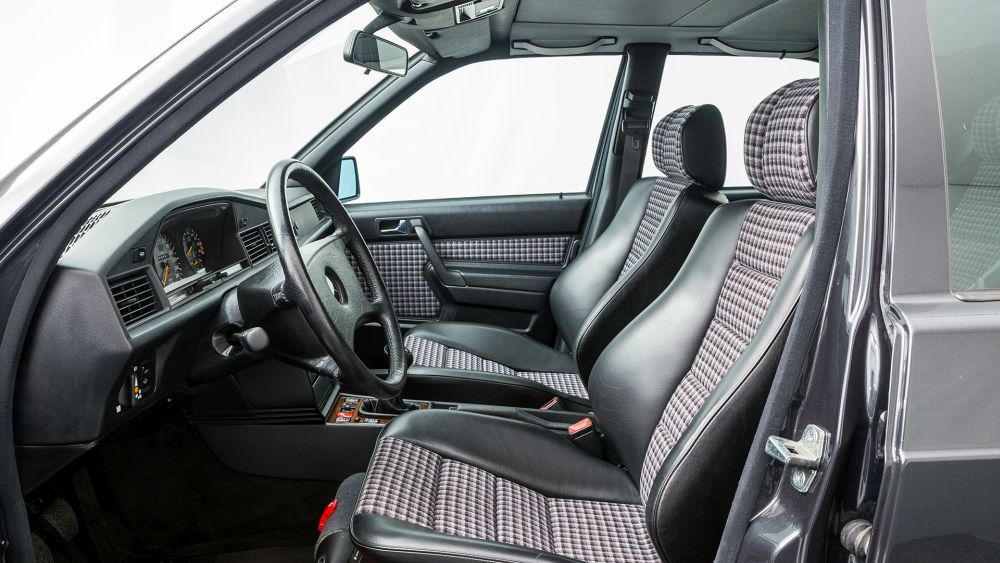 Despite the rare use over the years, the engine and the suspension are in perfect stage. The last inspection was done in Mechatronik workshop in November 2019.

You can see the full sale announce on www.mechatronik.de.