A galactic car for a galactic star: Cristiano Ronaldo gets a Mercedes S65 AMG Coupe

Cristiano Ronaldo is the best paid soccer player in the world. He gets 17 million euros per year from Real Madrid and he can afford just about anything. Ronaldo knows premium when he sees it. That is exactly why he got the new Mercedes S65 AMG Coupe.

The 30-year old, widely regarded as one of the best soccer players that ever set foot on the pitch alongside Pele and Maradona, gets one million more per year than Lionel Messi and buys about 10 more cars per year than his rival in Barcelona. Cristiano Ronaldo has just got his hands on a black Mercedes S65 AMG Coupe. 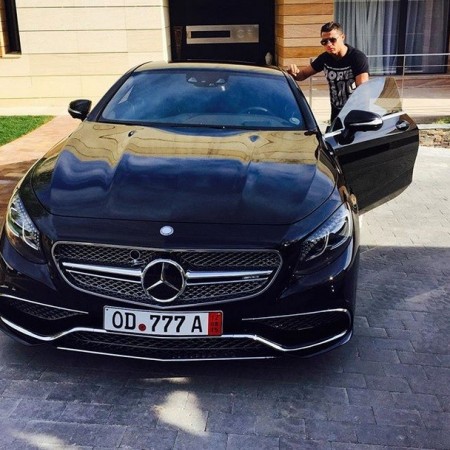 The best liked celebrity on Facebook, with over 105 million fans, the 3-time Ballon d’Or Cristiano Ronaldo absolutely loves the big figures. And his new AMG vehicle has got what it takes to please him! The car boasts a 630 horsepower 6.2-liter V12 biturbo engine with 1000 Nm of torque, it can reach 100 km/h from a standstill in 4,3 seconds and has a maximum speed similar to what the soccer player can run on the “Santiago Bernabeu” pitch (well, let’s say just a little more than that), 250 km/h. The automobile is designed to set the standards as the most powerful vehicle in its segment of market. Ronaldo has got himself such record breaking figures, being the fastest player to reach 100 goals in Primera Division and the one scoring the highest number of hat-tricks for his Spanish team, 31. Well, the S65 AMG is a brand-new hat-trick, too.

The S65 AMG is the only high-performance 12-cylinder automobile from a German premium manufacturer and it comes with innovations that propel it on the first spot in the ranking of exclusive comfort and safety. The AMG sports suspension based on MAGIC BODY CONTROL for dribbling bumbs on the road, comes as standard with ROAD SURFACE SCAN, the world’s first suspension with “eyes”, so it can see the upcoming Ballon d’Or.

According to data yet not confirmed, Ronaldo paid about 244 000 euros to get it. Once he got it delivered, he posted a picture of it on Instagram, claiming he now has a big fat Mercedes. The following day, he took it for a spin to Valdebebas, the Real Madrid training base near Spain’s capital city.

Cristiano Ronaldo’s garage is full of exquisite and exorbitant models, ranging from massive limousines to skittish sports cars. But the last time he had purchased a Mercedes was 2010, when he got a white gullwing AMG SLS. 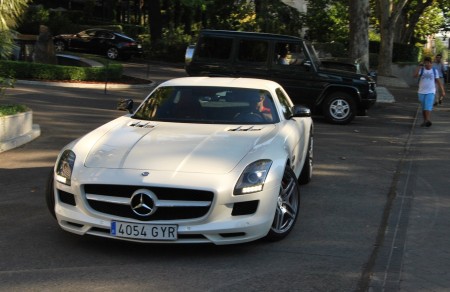 Anyhow, a Bentley Continental GT, several Porsche models, two Ferraris, a Rolls-Royce Phantom, a Bugatti Veyron and a couple of Audis have found a parking space in Ronaldo’s garage, all summing up around 6 million euros.

Real Madrid paid 94 million euros to fetch him from Manchester United back in 2009 and Ronaldo says he will be playing for Real for the rest of his life on the pitch. We completely understand why.