A car for a King! Michael Jackson drove a Mercedes-Benz

Six years after his death, Michael Jackson is still the best selling artist of all times. Although he claimed to be a “Speed Demon” in his 1989 video, the King of Pop was rarely seen behind the wheel. But he chose his cars well. He drove a Mercedes-Benz for a whole decade.

The superstar chose the three-pointed star for his daily rides. Starting 1985, Michael Jackson used to travel the 19-mile (31 kilometers) distance from his Encino home to his Los Angeles studio in his Mercedes-Benz 500 SEL. In 1988, he changed his home, moving in his fantasy land estate, the Neverland Ranch, in Los Olivos, close to Santa Barbara, California. But the car came with him. 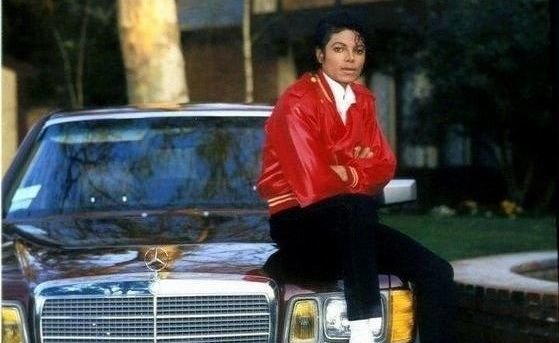 In the early 90s, the hit-maker gave up driving himself on public roads, because he had the feeling that everybody was staring. We wonder what gave him this idea…

Instead, he used the car only for driving around his 2,600 acres estate in Los Olivos, California. And he definitely had a lot to drive around. His Neverland Ranch included a private zoo, its own train station, a pond and an amusement park. 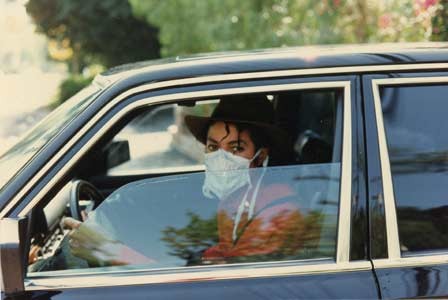 Michael Jackson’s Mercedes came with a 5-liter V8 engine, producing a 302 HP and driven by a 4-speed automatic gearbox.

Later on, he gave the car to one of his aunts, for her birthday. She switched the front license plate with a customized one by which she thanked her generous nephew. But she also gave it up soon after the star’s sudden death.

The Mercedes 500 SEL went under hammer at Julien’s Auction’s “Music Icons”, at the famous Hard Rock Café in New York, together with the pictures of the pop icon driving it. It was sold for $100 000.

Michael Jackson is by far the best selling artist ever. His 1982 Thriller album is estimated to have sold over 60 million units across the globe. He won 13 Grammy Awards, 26 American Music Awards, more than any other artist, had 13 number one singles in his solo career, after saying goodbye to the Jackson 5 brother-band and had an estimated sale of over 750 million records worldwide. 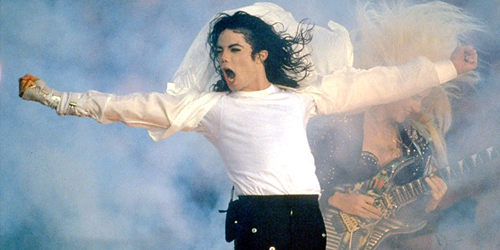 King of Pop died of a overdose of the hospital sedative Propofol, on the 25th of June 2009, in his rented mansion in a secluded neighbourhood in Los Angeles. Recently, the French chateau in Carolwood Drive has also been sold for $18.1 million.

In 2000, his ex-wife Debbie Rowe confirmed, in the divorce papers, that Michael had a thing for cars. And he would lavishly spend for them. Therefore, he left behind an impressive car armada made up of a total of 75 vehicles.

Cadillac Escalade. He said the SUVs felt safe and it was even better as his Escalade had tinted windows to keep him sheltered from the flashes of the paparazzi.

A 1999 Rolls Royce Silver Seraph, with a Palais of Versailles-like interior, all crystal and 24-carat gold, was exclusively designed by Michael Jackson himself. The Seraph is powered by a 5.4-liter V12 that produces 321 HP and boasts a 3.9 second-time from 0-62 mph (0-100 km/h).

A 1990 Rolls Royce Silver Spur II Limousine. The limo was trimmed in contrasting black and white leather and also provided with a full-service bar and dark tinted windows.

A 1988 Lincoln Town Car Limousine, with a much more tamed interior for which gray leather and fabric trims were used, together with walnut paneling.

A 1993 Ford Econoline E150 van. The pop star’s tastes extended from limousines to vans. His Ford came with a video game player, a TV screen located at the front of the passenger seats and high-end leather upholstery. 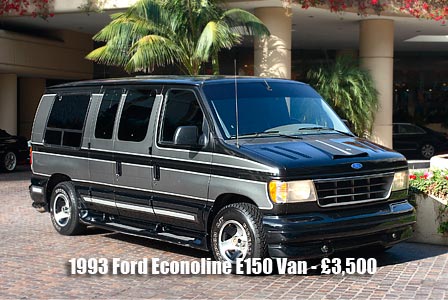 A 1954 Cadillac Fleetwood. This car also starred in the “Driving Miss Daisy” motion picture. Elvis Presley had an older version of the Fleetwood. 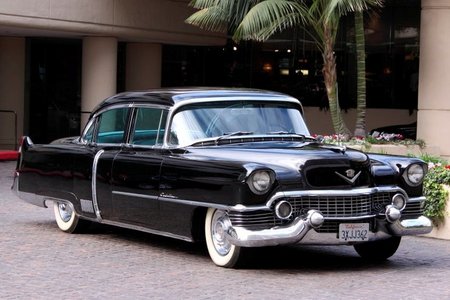 A 1988 GCM V Jimmy High Sierra Classic. As strange and unfit it may seem for a king, this is a fire truck Michael Jackson purchased just for fun.

A Neoplan Touring Coach 1997 used to transport the most famous person in the world in a 5-star hotel environment. It featured an in-suite bedroom and completely equipped bathroom in porcelain, gold and granite.

A 1909 Detamble Model B Roadster retro replica, an electrified horse-drawn carriage and even a police Harley Davidson motorbike were purchased by the late star only because he wanted to have them. Of course, he never used them.